If we ever needed a superhero to swoop down and rescue us, we’d have our fingers crossed that blonde hottie Chris Evans was beneath the latex suit. He plays the title role in Captain America: The First Avenger (in theaters July 22), and those beefy pecs and perfect biceps? They’re all natural, ladies — a pure and delicious illustration of what a man (nay, a superhero) should look like. No CGI needed. Chris, if you’d like to carry us over, say, a threshold too, we’re available! 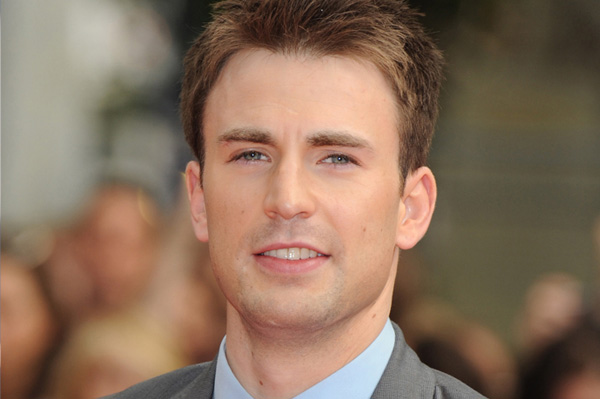 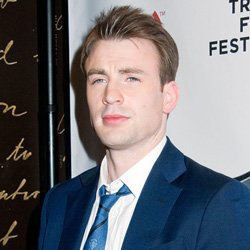 If you’re thinking to yourself, “Don’t I know this guy from somewhere?” you might be familiar with Chris’s role as popular jock Jake Wyler in the 2001 teen-comedy spoof Not Another Teen Movie. Evans nailed the part of the typical sexy letter-jacket-wearing teen idol, partially because, well, with those puppy-dog eyes and solid build, he’s hot.

And we’re not the only ones who think so. He played a character dubbed “Harvard Hottie” in 2007’s The Nanny Diaries, and Gucci recently hired him to star alongside Evan Rachel Wood in a series of steamy ads for its new scent, Guilty.

Have all of the accolades gone to his head? Nope — well, not technically, anyway. His hairline is actually the one thing he worries about when it comes to his Captain America role. “I’m losing my hair,” he told E! Online. “I’m supposed to be like this superior human. He can’t be balding. How horrible would it be if this superior man has male pattern baldness?” Ummmm, when the movie comes out, we won’t be looking at your hair, Chris! Promise. 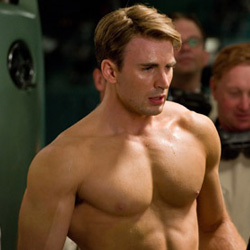 He turns fantasy into reality

Playing a superhero is old hat for Evans, who made a splash alongside Jessica Alba in Fantastic Four and Fantastic Four: Rise of the Silver Surfer, playing Johnny Storm (a.k.a. The Human Torch). But getting him to suit up as Captain America wasn’t as easy as the film’s producer’s hoped. Evans told GQ: “I said no a bunch, and every time I said no, I woke up the next morning so happy and content. I kept saying no; they kept coming back. And eventually I was like, ‘You know what? This is your biggest fear—this is exactly what you have to do.’ ” And we’re glad he did!

Speaking of fantasies, the upcoming Avengers franchise will bring Captain America, Iron Man, Thor, and the Hulk into one blockbuster film. You heard us right: Evans, Robert Downey Jr., Chris Hemsworth, and Mark Ruffalo in one movie. How is one screen going to contain all of that muscle-rippling heat? 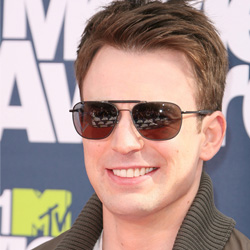 He stands up for his family

He’s been a vocal supporter of his gay brother, Scott, who is also an actor. In fact, when he spoke to The Advocate in 2009 about California’s Proposition 8, he said this: “It’s mindboggling and appalling that human beings are being denied civil rights in this country. But time will heal all. I have to believe that in 10 years we won’t be having this conversation. We’ll be having another one, because we’ll always find someone to persecute.”

Evans famously dated Jessica Biel for two years back in the mid-2000s. Recently, he’s been linked with Glee star Dianna Agron, 25. A source told Extra: “Evans’ brother Scott is a huge fan of her show, and he particularly loves Dianna. He and his friends like to joke that as long as she stays on the show, the family will welcome her with open arms!” We love Glee too, right gals? So we can see why Chris is a smitten kitten! 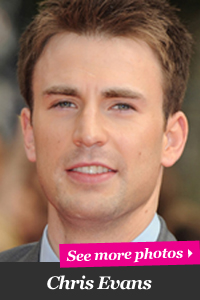