Christopher Meloni is the latest addition to Zack Snyder’s remake of Superman. Will he be playing Lex Luthor as Internet rumors had buzzed about? Read on to find out.

Related story Hate to say it, but Supergirl fans are right to hate on Tyler Hoechlin as Superman 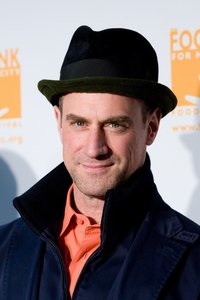 Christopher Meloni may have turned in his Law & Order: SVU badge but it’s not stopping him from joining some bad-ass projects. He recently confirmed he’s been cast in Zack Snyder’s remake of Superman.

Christopher Meloni revealed to New York Magazine’s Vulture Blog he will be taking on the part of a general but that’s all the juicy details he’ll be discussing.

Christopher Meloni’s lips are staying sealed, telling the Vulture Blog, “I can’t tell you, or I’d have to kill you.”

His casting as a general may have some fans scratching their heads as many had speculated he’d take on the villain of Lex Luthor. That would have been a good match, but a general is cool too!

Now the guessing game will begin as to which general Christopher Meloni will play. It’s already known that General Zod will be played by Boardwalk Empire’s Michael Shannon.

Christopher Meloni is joining a stellar Superman cast that already includes Henry Cavill in the title role of Superman (aka Clark Kent), Amy Adams as Lois Lane and Diane Lane and Kevin Costner as Martha and Jonathan Kent.

The fabulous Russell Crowe is allegedly in talks to finalize a deal that would have him portraying Jor-El, Superman’s biological father.

What do you think of Christopher Meloni’s addition to the Superman cast?