Prince has a whole slew of things he can’t stand. Topping the list: Digital music and Glee. 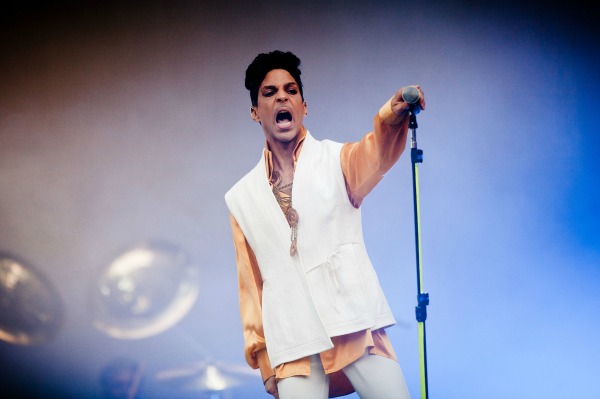 There was a time when Prince was the coolest cat out there, but now the Purple One sounds more like a crotchety old man shaking his fist at these damn kids and their rock and roll.

Prince has decided he hates two things that pretty much define an entire generation of pop culture: Digital music and Glee.

“The industry changed. We made money (online) before piracy was real crazy,” he told The Guardian. “Nobody’s making money now except phone companies, Apple and Google. I’m supposed to go to the White House to talk about copyright protection. It’s like the gold rush out there. Or a carjacking. There’s no boundaries. I’ve been in meetings and they’ll tell you, ‘Prince, you don’t understand, it’s dog-eat-dog out there.’ So I’ll just hold off on recording.”

“I personally can’t stand digital music. You’re getting sound in bits. It affects a different place in your brain. When you play it back, you can’t feel anything. We’re analogue people, not digital.”

These words are odd considering that Prince was the first major artist to release an entire album exclusively online.

Adding to the hypocrisy is the fact that His Royal Badness says he hates the Glee cover of his song Kiss and the idea of cover songs in general, despite the fact that he himself gave the show permission to do it.

“There’s no other platform where you can do that,” Prince moaned.

“You can’t go and do your own version of Harry Potter. Do you want to hear somebody else sing Kiss?”

Here’s an idea: Don’t sign off on it next time.

read on for more prince