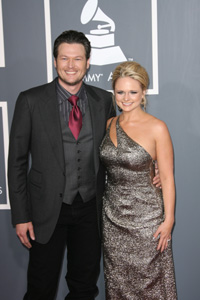 Miranda’s husband, Blake Shelton, is a judge on the show, along with Christina Aguilera, Cee Lo Green and Maroon 5’s Adam Levine.

Dia Frampton, who is competing against finalists Javier Colon, Beverly McClellan and Vicci Martinez, will perform a duet with Miranda Lambert.

“Miranda is an amazing artist and it will be fascinating to see her blend her talents with those of Dia. This special duet is what The Voice represents to our audience. Together, Miranda and Blake, who represent a true power couple in country music, will help provide a memorable finale for our first season.”

Lambert echoes that excitement, saying: “I am thrilled to perform on my favorite new show. It’s been a joy watching my husband grow so attached to his team. Truthfully, I am a little jealous that I am not a coach myself. I can’t wait to be a part of it.” 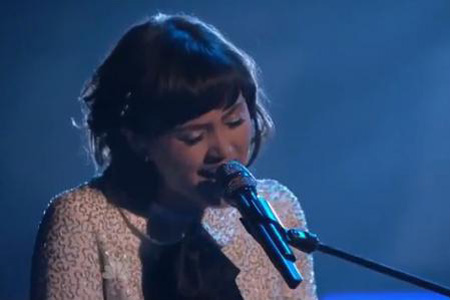 It will be interesting to see the interaction between Lambert and Aguilera, as they have had some Twitter interactions recently. Aguilera tweeted: “Was Blake just about to make out w/Adam as he sang that song into his eyes?”

This prompted Lambert to tweet back: “Wow. Calling all males: Please relieve Christina of her obvious Frustration before things get… ugly. Team Blake rocks.” When one of Lambert’s followers said she was just jealous because Blake said Christina was the “best singer he ever heard,” Lambert quipped back, “You should hear what else he says.”

What do you think? Friendly rivalry or a way to drum up attention for the show?