Randy Jackson is reaching out to his dawgs (that’s fans to those not down with the hip lingo) to find a name for his new puppy. Have so many years of American Idol voting gone to this judge’s head?

American Idol judge Randy Jackson is at a loss for words when it comes to his obnoxiously adorable new puppy. The pooch, pictured here, is in search of a name! 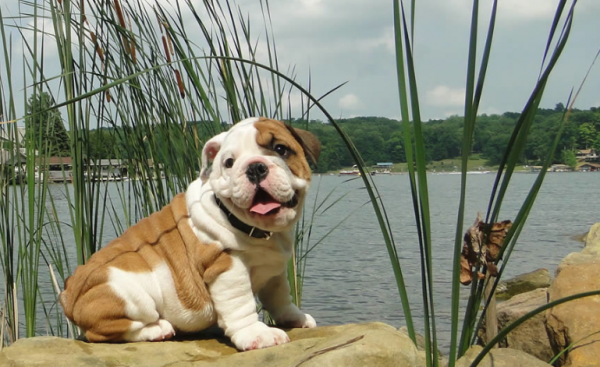 Randy Jackson’s dog can’t have just any old name, of course. When the master of a new pet has spent years whittling down contestants and waiting for vote count reveals, we must remember that solo decision-making skills have greatly atrophied.

Thus Randy Jackson has invited the public to take part in the democratic dog naming! To get in on the fun visit Randy Jackson Next and submit your moniker for this four-legged fluff ball. From the submissions, the honorable Randy Jackson will choose his five favorites, which will then be voted upon to find out the best darn dog name ever!

The winner of Randy Jackson’s dog-naming contest “not only gets to be featured on the site and known forever as the Person Who Named Randy’s Pooch, but will also win an additional prize.”