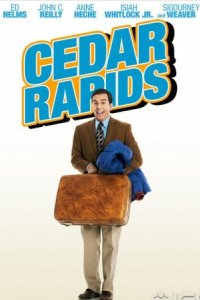 The movies currently ruling the DVD rental battle are recent releases Battle: Los Angeles, True Grit, Just Go With It, Drive Angry 3D, I Am Number Four, No Strings Attached, Gnomeo & Juliet, The Rite, The Dilemma and The Mechanic.

Here’s what’s new at your local or online video store this weekend:

“The film was a Sundance pick and got so much buzz at the festival that it burst on to the scene with a vengeance. The cast is beyond fantastic — Anne Heche, Stephen Root (who I love in anything) and the brilliant John C. Reilly. Here’s the deal. Poor, naive Tom Lippe (Ed Helms) has never left his little town in Wisconsin. His unappreciative dad (Root) sends him off to represent his insurance company at a convention in Cedar Rapids. You know what happens at those things. Conventions bring out the worst in people and when Tom falls in with three con veterans (Heche, Reilly and Isiah Whitlock Jr.), he goes on a Hangover-style adventure. Drugs, sex and booze… Tom is partying like a rock star.”

Check out the rest of Jenna Busch’s SheKnows Cedar Rapids preview, including the trailer>>>

“Matt Damon stars as politician-on-the-rise David Norris. Impulsive by nature and driven after losing his family, David is on his way to the top. He loses an election because of photos of his butt (yes, it’s timely too) but is expected to go all the way to the Oval Office after a chance meeting with a woman (Emily Blunt) inspires him to make the best speech of his career. David runs into her again on a bus and the two start a romance, though it was never supposed to happen. A group of adjustors are meant to keep them apart and on track for their fates… The Adjustment Bureau is incredibly well thought out and perfectly cast. Damon and Blunt have so much chemistry, the screen practically melts when they look at each other… The adjustors are played by Anthony Mackie, John Slattery and Terence Stamp (among others) and give us just the right amount of ‘company man’ and ‘otherworldly presence.'” 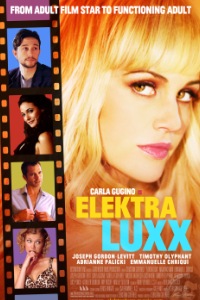 Check out the rest of Joel D. Amos’ story on the Elektra Luxx promotional advice videos>>>

“In Unknown, Liam Neeson once again gives a performance that would make Jason Bourne sit up and take notice. He’s tough, despite his dilemma. He’s strong. He’s vulnerable. He does many of his own stunts. However, the movie he graces with this performance just doesn’t have the script to support such a gift. Neeson plays Dr. Martin Harris, a man in Berlin with his wife (January Jones) for an environmental conference. He’s about to give a speech and change the world with his discovery. He leaves his briefcase at the airport and leaves his wife at the hotel check-in counter to retrieve it. The taxi, driven by a young immigrant (Diane Kruger), gets into a brutal accident that leaves him in a coma. When he wakes up, someone else is living his life. His wife doesn’t recognize him. Another man (Aidan Quinn) is using his name. He enlists the help of a former spy (the delightfully creepy Bruno Ganz) and the taxi driver to find out what’s going on and get his life back.”

“In The Eagle, Channing Tatum stars as Marcus Aquila, a Roman soldier who tries to restore his father’s good name by going behind Hadrian’s wall with his British slave Esca (Jamie Bell) to retrieve their symbol, the eagle… The Eagle is beautifully shot and one wishes as much attention had been paid to the story… Outside of Bell’s performance and a few well-choreographed fight scenes, The Eagle is almost unwatchable, unless you’re a 13-year-old boy who just wants to see some sword action.”

The follow-up to Diary of a Wimpy Kid ruled the box office on its release back in March. The tagline previews, “Greg Heffley (Zachary Gordon) and his older brother Rodrick (Devon Bostick) must deal with their parents’ misguided attempts to have them bond.” If you have kids the right age, you already know the story and will likely be bringing this one home, eventually. 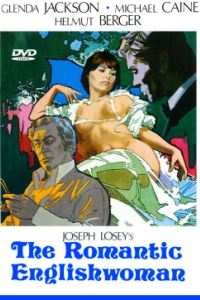 Old school movie lovers are in for a treat, with a slew of films relaunching for DVD/Blu-ray, including:

Documentaries landing include Living in Emergency: Stories of Doctors Without Borders and the “shocking and hilarious” Orgasm Inc: The Strange Science of Female Pleasure.

Releases from the boob tube include The Closer: The Complete Sixth Season, Medium: The Seventh and Final Season, Louie: Season One and from back in the day, Agatha Christie’s Marple: The Complete Series 5.

Next Tuesday, June 28, 2011, Sucker Punch, Season of the Witch, The Lord of the Rings: The Motion Picture Trilogy and Rizzoli & Isles: The Complete First Season hit the home theater market.