Jennifer Lopez (aka JLo, aka Jenny from the Block) is heading to the big screen. Now that her first season of American Idol has wrapped, she’s returning to her old stomping ground — the movies. 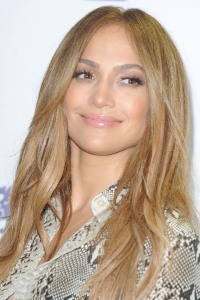 As the last season of American Idol came to a close, rumors sprung up that Jennifer Lopez might not return. And judging from her upcoming film slate, we can see why. The actress is attached to star in two films called What to Expect When You’re Expecting and Parker.

What to Expect When You’re Expecting is based on the book of the same name that’s a pregnancy guide for first-time mothers. If she signs on, she’ll star opposite Cameron Diaz and Glee’s Matthew Morrison in the supporting role of Holly.

In Parker, Jennifer Lopez will play Leslie, the female lead opposite Jason Statham. The film will be directed by Taylor Hackford and is based on the mystery series written by Donald Westlake. Mel Gibson and Lee Marvin have previously played Parker in the films Payback and Point Blank.

Neither of these jobs is confirmed but Lopez is circling them like a hawk. As for her involvement with American Idol, who knows what the future will bring? We know she’s a renaissance woman and a triple threat in the business, but she’s also a mother of twins. And there are only 24 hours in a day. Jennifer Lopez is a busy bee!