A spokesperson for MTV is speaking out on the rumblings of plans to recast Jersey Shore. Read on to find out what they had to say!

Reports are saying that the current cast of Jersey Shore will be recast after season five, but an MTV spokesperson is saying that is not the case. 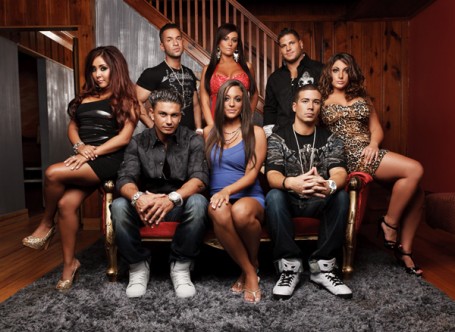 “We love the present cast, and their summer adventures have just begun. We currently have no plans to recast the show,” the spokesperson said.

There you have it, straight from the network’s mouth.

The rumblings that the Jersey Shore cast was going to be shuffled set the Internet ablaze with questions as to what fans would do without their beloved characters that include Mike “The Situation” Sorrentino, Nicole “Snooki” Polizzi, Jennifer “JWoww” Farley and Paul “Pauly D” DelVecchio. But you can’t forget, they have spinoffs in the works.

Even with this latest statement from MTV confirming they have no plans to recast Jersey Shore, tell us if you think they would have been replaceable. It’s probably not a good idea to mess with the cast of a franchise that has done so well. Tell us your thoughts, we want to know!

Don’t forget to catch the season four premiere of Jersey Shore on August 4. There’s still time to hurry up and get your own GTL done before it begins.