Hollywood hunk Bradley Cooper is trading in his Hangover beer goggles for a chance at kicking some bad guy butt in the remake of The Crow. 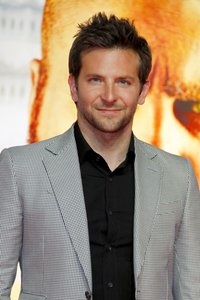 Remember when Brandon Lee (may he rest in peace) made avenging death look cool and sexy in The Crow back in 1994? Well, Relativity Media has confirmed The Hangover franchise’s Bradley Cooper will do it all over again in a remake of the hit based on the comic book series.

A press release recently added to Relativity Media’s website reads, “Relativity Media’s President of Worldwide Production, Tucker Tooley, and Edward R. Pressman, producer behind the cult-classic The Crow franchise, announced today they have attached Alex Tse (Watchmen) to write their reinvention of The Crow, the 1994 critically acclaimed, sensation based on the comic book series and comic strip by James O’Barr.”

The release goes on to say, “Directed by Juan Carlos Fresnadillo (28 Weeks Later), The Crow adaptation will be a gritty reboot of the gothic iconic character Eric Draven, who returns from the grave as The Crow on a mission to avenge his wife’s murder, so that his soul can finally rest. Bradley Cooper (Limitless) is attached to star as Draven. The original film is known for its breakthrough visual style as well as its unique production design and cinematography. Fresnadillo and Tse are perfectly suited to bring these beloved characters back to life, and to create a world worthy of this modern classic.”

We absolutely love Bradley Cooper and we’ll certainly be watching to see how Cooper tackles the iconic role that Brandon Lee made famous.

Lee lost his life in a horrible accident involving a prop gun on the set of The Crow.

Do you think Bradley Cooper will do justice to the character of Eric Draven in the remake of The Crow?