Kim Kardashian’s butt is real — and she has the x-rays to prove it!

That’s right, boys and girls: Kim Kardashian‘s butt is real — and she has the x-rays to prove it. 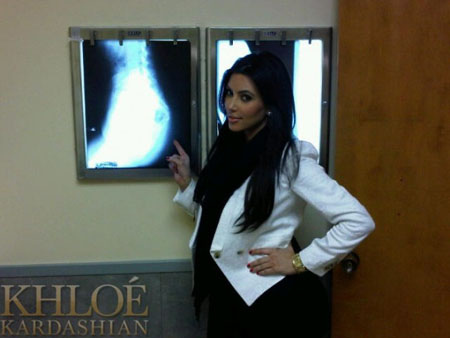 Being the kind and loving sister that she is, Khloe Kardashian posted the proof on her blog.

Kim has been plagued by rumors that her derriere is surgically enhanced for years. She says this x-ray proves all that cushion is the real deal.

“Haha! The things my sisters have me do! Proof baby! RT @KhloeKardashian: Kim got a butt X-Ray,” Kim tweeted. But the question is, does the Kim Kardashian look-alike that Reggie Bush is dating have a real butt?

Now let’s get back to discussing whether Kim Kardashian’s engagement ring is real or fake.