Glee star Cory Monteith reveals his shady past in a new interview.

Glee star Cory Monteith plays squeaky clean Finn Hudson on the hit Fox show, but Monteith revealed that his late teens were anything but innocent. 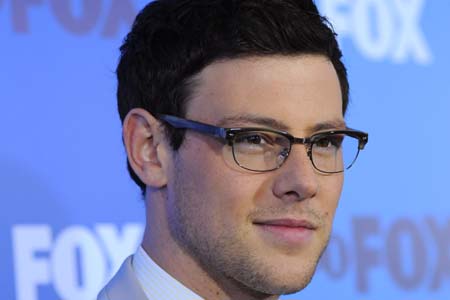 “I’m not Finn Hudson,” Monteith said in a new interview with Parade. “I’m lucky on so many counts — I’m lucky to be alive.”

The 29-year-old actor started skipping school at 13 to get high — and his life spiraled out of control from there. He went to 12 different schools, including programs for troubled teens, but nothing helped.

He eventually dropped out in the ninth grade and spiraled downward.

“Anything and everything, as much as possible,” Monteith said of his drug of choice. “I had a serious problem.”

His “come to Jesus” moment came after an intervention at 19.

“I stole a significant amount of money from a family member,” he admitted. “I knew I was going to get caught, but I was so desperate I didn’t care. It was a cry for help. I was confronted and I said, ‘Yeah, it was me.’ It was the first honorable, truthful thing that had come out of my mouth in years.”

His family gave him a choice: Get help or go to jail.

“I was done fighting myself,” he recalled. “I finally said, ‘I’m gonna start looking at my life and figure out why I’m doing this.'”

He took a job as a roofer when he got out of treatment and eventually found acting. The rest, as they say, is history.

“I don’t want kids to think it’s okay to drop out of school and get high, and they’ll be famous actors, too… But for those people who might give up: Get real about what you want and go after it. If I can, anyone can,” he said.

That leaves us wondering: What other skeletons are in the Glee closet?