Shia LaBeouf is convinced that Transformers: Dark of the Moon will be the best movie in the robot trilogy. He also said Revenge of the Fallen would be great but we’ll leave that in the past. Maybe the third time’s a charm?

Transformers: Dark of the Moon has several things the first two films didn’t: Rosie Huntington-Whiteley, 3D and a concise vision. Shia LaBeouf wants us to know that they’ve learned from their mistakes and this sequel will be bigger and better than its predecessors. 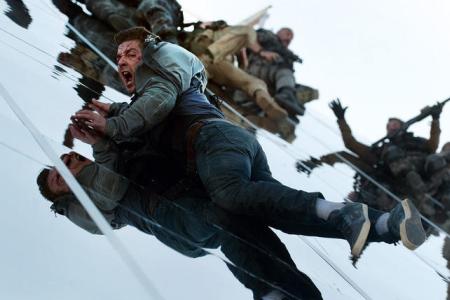 “The last hour of this movie is the greatest action sequence of Mike’s career, which would put it on the same level as the greatest action ever made,” LaBeouf said. Even though he praises Michael Bay’s action prowess, he recognizes that too much of it can ruin a good thing.

LaBeouf continued, “It’s also not completely overwhelming and disconnected, as the second movie was. You didn’t know what was fighting what or where you were geography-wise. There was no way to be able to tell a story, whereas this is very Black Hawk Down action.”

He went on to say that the enemy in Transformers: Dark of the Moonwill be very clear and the story will only follow “four or five” guys. He then finished off by confirming what we’ve all been thinking, “The second movie was so… complicated. The best movies are simple.” Ding! Ding! Ding! Yes, Mr. LaBeouf! We think you’re on to something.

Transformers: Dark of the Moon opens in theaters on June 29.