Sarah Jessica Parker stars in I Don’t Know How She Does It and SheKnows has been given the world premiere movie poster for our readers from the Weinstein Company.

It is with great pleasure that we present the movie poster debut for the next film in the career of one of our favorite actresses, Sarah Jessica Parker — down below after the jump! 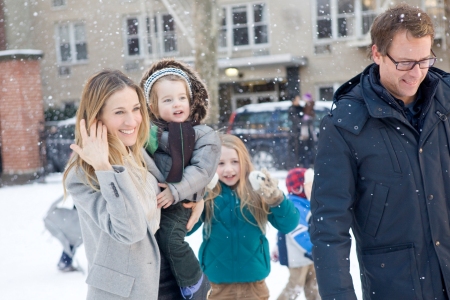 I Don’t Know How She Does It lands in theaters September 16 and also stars Pierce Brosnan, Greg Kinnear, Kelsey Grammer, Christina Hendricks, Jane Curtin and Olivia Munn. The film is based on the novel by Allison Pearson. Sarah Jessica Parker’s last time out of the cinematic gate was the sequel to Sex and the City.

It’s nice to see her back on the streets of New York City in a completely polar opposite character from Carrie Bradshaw. Parker plays a woman from Boston who finds herself traveling often to the Big Apple for a new large account while her husband manages to tackle a new job. Life was challenging before with a successful career, marriage and children. Now, it is nearly impossible.

Our world premiere poster showcases Parker in all her smiley best. Who else could inhabit a character with such stress and emotional turmoil, yet still manage to set off a smile of a million watts? Sarah Jessica Parker, that’s who. Parker is Kate, while Kinnear is her husband Richard.

We, for one, are seriously looking forward to the chemistry potential between these two actors. Where does the former James Bond come in? He’s Kate’s new business associate whom she has to spend countless hours with in New York. What to do? Find out, when I Don’t Know How She Does It premieres this fall.

I Don’t Know How She Does It poster premiere 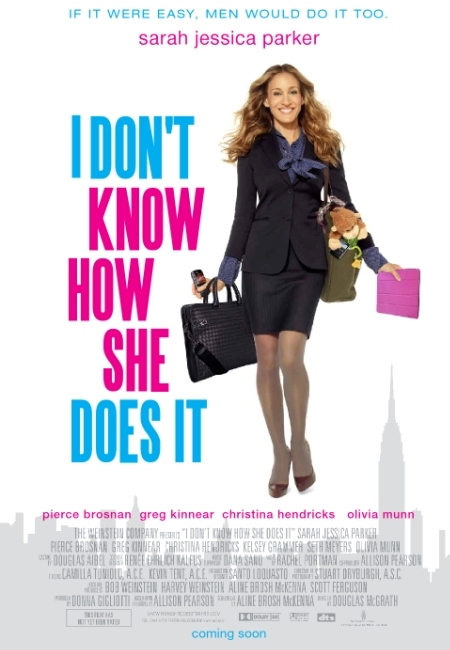 I Don’t Know How She Does it Trailer