Lindsay Lohan mysteriously canceled a Today show interview with Matt Lauer at the last minute yesterday — and now we know why! 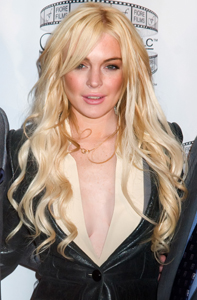 Poor Matt Lauer had a long day yesterday. He and his crew flew all the way from New York to Los Angeles just to interview Lindsay Lohan from the confines of her house arrest in her posh beachside apartment in Venice, California — just to have her call the whole thing off at the last minute.

We hear Lindsay was in the makeup chair when she got wind that what she thought was just a little 15-minute interview for Today was actually meant to be a much more extensive piece for Dateline on primetime — and Lindsay’s people pulled the plug.

Why? Sounds like it’s because an extensive interview would have been all about how she’s turning her life around — and she obviously has not. What Lauer and the rest of us didn’t know at the time is that Lindsay Lohan tested positive for alcohol during a routine screening days earlier.

For once, her people didn’t want her to be a complete and total hypocrite.

Lindsay is due in court today at the request of the probation department and could very well be sent straight to jail. Lindsay only had a few more days under house arrest, which was due to end July 29.

As for Matt Lauer, he was back on the Today set in New York City this morning.