The Voice has been narrowing down the competition for weeks and now the final four have been revealed. Ladies and gentlemen, meet your final four — Javier Colon, Vicci Martinez, Dia Frampton and Beverly McClellan.

The Voice is a singer’s competition to the core and no matter who made it to the final four, one thing was for sure — they would be the best-of-the-best in representing their coaches. 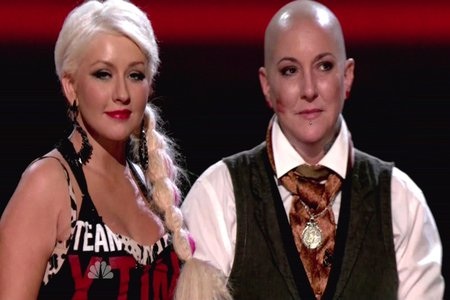 So, who made the cut to move to The Voice’s final four? Let’s take a look at who is representing each celebrity coach’s team as they move into the finals.

First, Team Cee Lo Green is showing strong with the killer vocals and unique stylings of Vicci Martinez. She beat out the soulful voice of Nakia. This could have gone either way, really. Something tells us America took to her strong performance on the drums during Tuesday night’s performance.

Team Adam Levine has a strong showing going into the finals, as well. America and Levine put hardworking dad Javier Colon in the finals over 18-year-old Casey Weston. Colon has been a favorite from the beginning and his version of Coldplay’s Fix You was unforgettable.

Over on Blake Shelton’s side, it was going to be heartbreaking to see Xenia or Dia Frampton go but someone had to. Unfortunately, it was the young Xenia who did not advance. Dia Frampton has a fresh sound to her voice that America has taken to.

Are you excited for The Voice’s finale? You don’t want to miss it. The contestants will perform original songs and duets with their coaches.