At 11, Katy Perry started praying to the Lord to deliver her breasts. Then she started wishing they would stop growing. 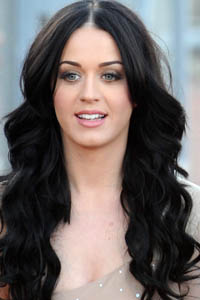 “I started praying for [breasts] when I was, like, 11,” Perry confesses in a new interview. “And God answered that prayer above and beyond, by, like, 100 times, until I was like, ‘Please, stop, God. I can’t see my feet anymore. Please stop!'”

Over time, her rapidly expanding chest began causing her embarrassment. “Someone in sixth grade called me ‘Over-the-shoulder boulder holder.’ I didn’t know I could use them.”

To cover up her ample bosom, she started hiding how big she was. “So, what I did was, I started taping them down. How long did I tape them down for? Probably until I was about 19. And, no, I don’t have any psychological pain because of it.”

Perry revealed she has also found herself growing increasingly political. “It just feels like the thing running our country is a bank, money,” Perry says. “I know it sounds like an intense viewpoint, but I’m only slowly but surely getting the wool taken off my eyes. When I was a kid, I asked questions about my faith. Now I’m asking questions about the world.”

Maybe inspired by her British comedian husband Russell Brand, she’s questioning the part she plays in the problem as a pop culture icon. “Our priority is fame, and people’s wellness is way low. I say this knowing full well that I’m a part of the problem. I’m playing the game, though I am trying to reroute.”