As if the news of Ryan Dunn’s death wasn’t awful enough, the Westboro Baptist Church has announced plans for a Ryan Dunn funeral picket. 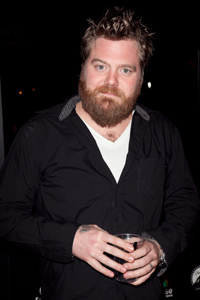 Fans and friends were shocked when the news of Jackass star Ryan Dunn’s death broke. His friends’ response to the news was heartbreaking. Now, they have yet another blow to handle.

The Westboro Baptist Church, the organization known for protesting funerals of gay rights supporters, kids and military members, has announced its plans to picket the funeral of Ryan Dunn. (We won’t even link to the extremely offensive website, with a URL that is equally disgusting.) The “press release” states: “Ryan Dunn is in hell.”

Among the paragraphs of nonsense, the Westboro Baptist Church notes that Dunn died in Pennsylvania, “one of the most evil states to ever exist,” and claims the accident occurred because Dunn “made a mock of sin, and taught his fellow man to grievously sin against God.”

Whatever people thought of Jackass, the Westboro Baptist Church’s comments and claims are horrible, as is their plan to picket Ryan Dunn’s funeral. The release reads, “WBC will picket any public memorial/funeral held for Dunn, warning all not to make a mock of sin, & to fear & obey God.”

Dunn was driving his Porsche early Monday morning after leaving a pub when it flew over a guardrail and crashed into a tree, catching fire. The preliminary autopsy report found that Dunn died as a result of blunt force and thermal trauma.

Yesterday, Roger Ebert finally apologized for a tweet he sent out after Dunn’s death. (“Friends don’t let jackasses drink and drive,” Ebert tweeted, shortly after news of the Jackass star’s death spread.) We’re confident that the Westboro Baptist Church won’t apologize, but we hope that Ryan Dunn can be laid to rest in peace by his friends and family.