The Office star Phyllis Smith, who is currently stealing scenes from Cameron Diaz and Justin Timberlake in Bad Teacher, has quite a history. Much of it would surprise you.

A proud product of St. Louis, Phyllis Smith served as a ballerina for the St. Louis Ballet. And yes, she also had a stint as a St. Louis Rams cheerleader. Smith visited with SheKnows recently for an exclusive interview and spoke to how that background, plus her other career for almost two decades as a Hollywood casting agent, has shaped her and made Smith what she is today. 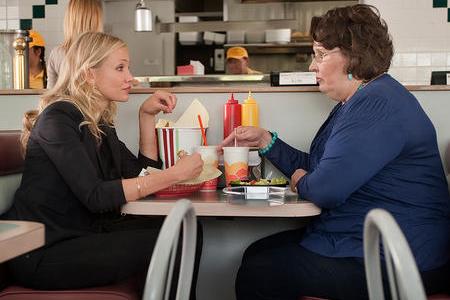 When The Office came along for Smith, she was friends with the casting director professionally and they unanimously believed she belonged on the Steve Carell-starring show. The rest, as they say, is history. Eight seasons into one of the most popular sitcoms of all time, Phyllis Smith and the cast of The Office are readying for their toughest challenge yet, replacing Steve Carell as their boss.

But, on this day, there are no Office worries as Smith is too proud of what audiences will see on screen when Bad Teacher lands in theaters June 24. A crass, hysterical and sometimes heartwarming comedy, Bad Teacher features Smith as a fellow teacher of Cameron Diaz and Justin Timberlake. She is, in many ways, one of the voices of reason in a cast full of crazies, including UK star Lucy Punch who plays Diaz’s rival.

SheKnows: Sitting at the first script table read for Bad Teacher with Jason Segel, Lucy Punch, Cameron Diaz and Justin Timberlake — what was your take-away?

Phyllis Smith: For me the table read was terrifying. I really was terrified. I was like shaking and everything [laughs]. The guy that was doing my deal [for this movie] said, “Make sure you’re prepared,” because it has been known on table reads that people get re-cast. So that put the fear of God in me and I thought, “I’ve got to make sure I’m prepared,” and I was scared to death. But Cameron came in and just kind of like took the nerves away. It was a nice thing to start the day with.

SheKnows: I read that you have a background in casting. So when you become a part of a cast like this…

Phyllis Smith: I can’t believe it. Like, can you pinch me and make sure this is real? Because I never anticipated this happening in my life at all. Having seen many, many thousands of actors through the years go through the doors and what a hard process it is, and to have their hopes and dreams and everything you know on that one audition, I feel very grateful to have this opportunity.

SheKnows: When you read the script for the first time, what was it that struck you the most about this story? 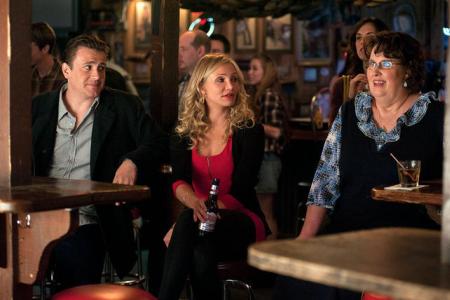 Phyllis Smith: First of all, I couldn’t believe I had so many scenes with Cameron. With Cameron Diaz, oh my God! Literally, I was like, “Wow!” [Laughs] Also, Cameron’s character is such an unusual character. Usually that’s the male person who has the hard line, and she just effortlessly maneuvers through that. I just think she’s fantastic with her character. The whole script was so solid. I know from having worked in casting, a lot of the television and movies that we’ve worked on, you get a re-write every couple of days. That was never the case with Bad Teacher.

SheKnows: What was it like working with Cameron Diaz? She’s been an actress for quite some time, a true professional.

Phyllis Smith: Fantastic. You hit the nail on the head. She is a professional. Whether it would be early morning hours in the trailer, she’d be out walking about saying good morning. Everybody just felt better being there. She just has a beautiful spirit. It just oozes out of her and you can’t help but like her. You know you want to hate her because she’s so beautiful and talented, but you just can’t [laughs]. 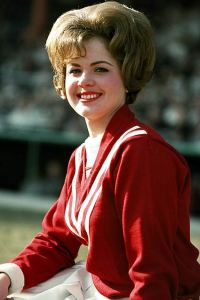 SheKnows: And also the casting of Justin. Sometimes you get musicians who want to act, but can’t…

Phyllis Smith: Musicians who can act — dancers who want to sing. In casting, I’ve seen it all [laughs].

Phyllis Smith: Yeah, he’s real. He’s real on all fronts. He can sing. He can act.

Phyllis Smith’s life as a dancer

SheKnows: I was curious, does your background as a ballet dancer and cheerleader influence you as an actress?

Phyllis Smith: Yes, it really does. I did all kinds of dance. I did modern. I did ballet, tap to jazz and, yes, also worked as a ballet dancer. If you’re doing a character in a ballet, I had to express myself. Whatever the art form is, you have to find the realness of it.

SheKnows: One thing I noticed about you, you have one of those incredible reactionary faces for comedy whether it’s for The Office or this. I’m always looking to you, I don’t know why, when the punch lines come out. 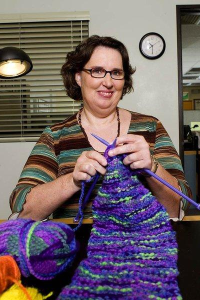 Phyllis Smith: How nice. Oddly it’s not something that I’m conscious or unconscious about. I’m just trying to react to what’s being said to me or about me or whatever the situation is because I don’t really think about it. When I watch the show and when I watched Bad Teacher, there was one scene that I made myself laugh. I can’t do that. I felt really embarrassed. So I’m clueless about it so I hope I continue to be.

SheKnows: I talked to Angela Kinsey a few weeks ago and one thing I gathered from her was with the change in The Office as Steve Carell is leaving, as an actor, she said it’s potentially very inspiring. She said it’s an enthusiastic change with so many dynamics with all the characters. What do you have to say about that?

Phyllis Smith: Everybody has been excited. First of all, we don’t know who is going to replace Steve. Does Angela know?

SheKnows: No. She was in the dark.

Phyllis Smith: [Laughs] It is very exciting. Steve’s leaving was really sad. Allison Jones did the casting on the show. She has an eye for comedy.