Ryan Dunn had a blood alcohol content of over twice the legal limit and was driving as fast as 140 miles per hour at the time of his fatal crash, police say. 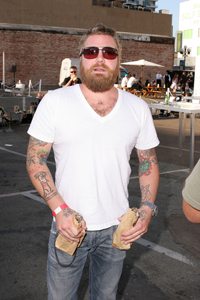 Cops have released new details in the death of Ryan Dunn, saying the Jackass star was very, very drunk at the time of his fatal crash and may have been driving as fast as 140 miles per hour.

“No other substances were found in his blood other than alcohol,” Police Chief Michael Carroll said.

The manager of the bar where Dunn snapped a photo of himself, his passenger Zach Hartwell who was also killed, and another friend says Dunn did not seem drunk when he left, while witnesses reported he drank three beers and three shots in about four hours.

Obviously someone isn’t being entirely forthcoming with the information.

Ryan Dunn had a history of reckless driving, receiving 23 driving citations in the last 13 years: 10 for speeding, 10 for careless driving and three for driving with a suspended license. Included in that number is a 2005 DUI charge that was dropped after he completed probation.

Dunn and Hartwell died of blunt force trauma and what cops are calling thermal trauma — basically burning up from the huge fire caused by Dunn’s Porsche 911 flying over the guardrail and slamming into a tree at 140 miles per hour.

read on for more ryan dunn