Jason Derulo set the charts afire in the summer of 2010 with hits such as the three-times platinum-selling Whatcha Say, the two-times platinum In My Head and the also two-times platinum Ridin’ Solo. Now, the singer is back and phoned SheKnows for an exclusive chat to tell us about his new album, Future History, and his first single, Don’t Wanna Go Home. 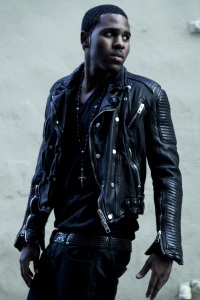 Jason Derulo is the picture of pleased with himself after the video for his first single from Future History has achieved a YouTube milestone. “I’m like one of the most viewed on YouTube ever. One of the top 15 most viewed ever, which is crazy,” Derulo said.

The Miami native already has quite a resume, considering he has only released one record. Jason Derulo is the first male artist on the Billboard pop songs chart to score consecutive number one songs with his first two singles in its 17-year history.

Not bad for a kid whose parents recognized his talents early on and enrolled him in a performing arts school. “They didn’t know what else to do with me,” Derulo said and laughed. Derulo is as well-versed in Shakespeare as he is with singing and even reported to SheKnows that after his new album has run its course, he would love to star on the Broadway stage. He exclusively told us which show would be his dream.

SheKnows: Congratulations on the album getting ready to be released. What are the emotions when something new is about to come out?

Jason Derulo: I think the emotion that rules all is the excitement. I spent a lot of time recording and putting blood, sweat and tears into that, so when you work on something so hard you are really eager for people to grab a hold of it. I just want people to get a chance to sink their teeth into it. For a long while, I’ve been working on this record.

SheKnows: Is that process an enjoyable one for you, putting it together and being in the studio and all that that entails?

Jason Derulo: I’m most at home when I’m in the studio. It’s my favorite thing to do. I think it’s pretty amazing that I get to do what I love and that’s my job.

SheKnows: How is the video-making process for you as an artist? How involved were you in the Don’t Wanna Go Home video creation?

Jason Derulo: I’m a writer in general so this is the first time that I got to write my video treatment. I got to spread my creative wings in that way this time around which was very, very cool. I’m never turning back. I’m writing all my treatments from now on. It came out really cool. I really love it. The response has been crazy. In the first week and a half it was off to a really great start. It’s had over three million views on YouTube in the first week. There’s a lot more dancing in this video than in the last one. I get to show off my dancing chops a little more in this one. Man, it was really exciting to shoot something that I created in my head. 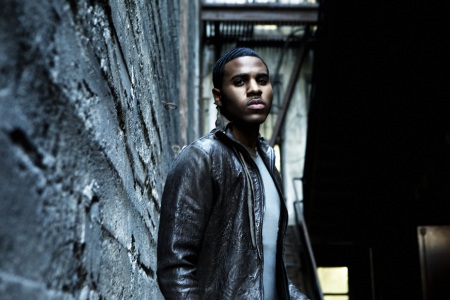 SheKnows: You hope that people love it, but does that still blow your mind when you hit those kinds of numbers?

Jason Derulo: It does, man. It’s almost like a shocker every single time. I’ve only had one album so it’s amazing and it’s a huge blessing. I’m so thankful that I have this platform to show my music.

SheKnows: What would you like your fans to know about the album? It sounds like it’s very deeply personal for you.

Jason Derulo: This record has all kinds of different things on it. There are so many different faces. This record was so personal, so emotional, that I was driven to tears while writing and recording. It was really easy to write this album because I had so much to talk about, so much more to share. I’ve grown a lot in these past two years. I think I’ve grown more in these two years than I’ve grown in my whole life. Yeah, man, the sky is always the limit. I’m chasing perfection and perfection is never attainable, so I’ll be up forever on this chase. 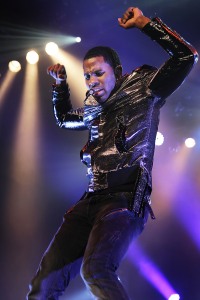 SheKnows: Your sound is so unique and so layered, I wondered who your influences were growing up that shaped the musician and writer that you are.

Jason Derulo: All kinds of musicians actually. I love Madonna, Elvis and Prince. Those are like my biggest support system. I listen to real soul music. I was into jazz musicians. I was really into Ella Fitzgerald — and musical theater. I was really into what Ethel Merman did so it’s a wide range of stuff that I was into. I actually went to school for musical theater and music my whole life.

SheKnows: Will we ever see you on a Broadway stage someday if it’s the right role and the right production?

Jason Derulo: You will definitely see me in Ragtime at some point. I’d love to do that on Broadway. After this album, I’m going to dive into some film stuff and then once I get my fix on that, I’m going to make sure I get on Broadway.

SheKnows: Was there a first memory you have of music or is it just something that you’ve always done?

Jason Derulo: I would stand in front of the television singing all the songs that I heard. That was really just all day long. My parents put me into performance art schools when I was very, very young. So they put me into performance art schools where I could master my craft and learn about where music came from and where dancing came from. So I studied classical music, ballet, tap, even Shakespeare. I was an “A” student.