Nick Lachey and Vanessa Minnillo will show their wedding on a televised special. Nick does remember what happened last time he married on camera, right?

It looks like Nick Lachey didn’t learn from his first time on reality television. The former Mr. Jessica Simpson will televise his upcoming wedding to fiance Vanessa Minnillo. 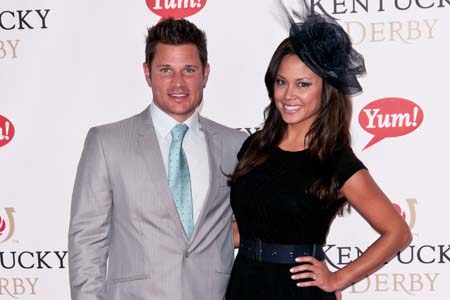 TLC will follow Lachey and Minnillo before, during and after their wedding for the upcoming special Nick and Vanessa’s Dream Wedding. The special will show footage from the couple’s bridal shower, Minnillo’s bachelorette party with a Nick Lachey look-alike and every other minute detail that comes with planning a wedding.

There’s one thing the special won’t show, though: Minnillo as a bridezilla. Why? Because Lachey said she isn’t one.

“Vanessa is not at all a bridezilla,” Lachey, 37, told People. “I can’t imagine an easier bride through all of this than she is.”

That doesn’t mean she’s cutting corners on the wedding planning, though.

“I’m a big believer in making sure she gets what she wants,” he said. “I really want it to be her vision and her fantasy, but we’re a team effort and we both try to split the load equally.”

No air date is set for Nick and Vanessa’s Dream Wedding — and the couple isn’t talking about when the big day will take place. Don’t worry, we’ll have all the details when we find out!

Will you watch Nick and Vanessa’s Dream Wedding?