Tobey Maguire and a bevy of other stars are being sued for their involvement in a multi-million dollar illegal gambling ring. 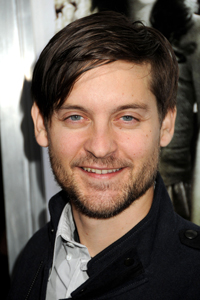 Tobey Maguire is being sued for his winnings from a multi-million dollar illegal poker ring in connection with a hedge fund manager’s embezzlement and bankruptcy case — and a dozen other A-list stars are involved, too.

Hedge fundie Brad Ruderman is being investigated by the FBI for embezzling investor funds to pay off his huge gambling debts to the stars in the illegal poker ring — to the tune of $25 million.

The secret games were held twice weekly in luxe locations like the Beverly Hills Hotel, the Four Seasons and the Viper Room and had a $100,000 buy-in.

Since the winnings were gained through illegal activity, Ruderman’s unlucky investors can sue to get the money back and have filed a series of civil suits against the big winners like Maguire, who reportedly walked away with millions of dollars — at least $300,000 of which came directly from Ruderman’s losses.

According to the suit, the games were “exclusive events, by invitation only,” and “there was a regular roster of players consisting of wealthy celebrities, entrepreneurs, attorneys and businessmen.” Some of the names attached — but not being sued — include Ben Affleck, Matt Damon, Leonardo DiCaprio, Nick Cassavetes, Gabe Kaplan of Welcome Back Kotter and Paris Hilton’s sex tape partner Rick Salomon.

None of the players are being charged with any criminal activity.