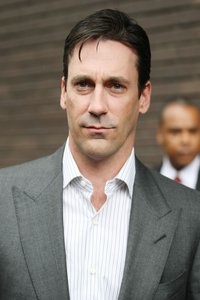 Jon Hamm has signed a deal that will continue to put him front and center as Don Draper on AMC’s hit show Mad Men for three more years. Who can’t wait to see more of the dapper Draper on their televisions? Signing on for three more years isn’t the biggest part of the story — it’s how much he’s being paid that makes it a huge deal.

Jon Hamm’s new three-year deal with Mad Men is reportedly no small contract. The hefty deal has the star cashing in on an estimated eight figures! That’s worth a whole lot of cigarette holding if you ask us.

Contract negotiations between Mad Men’s creator Matt Weiner, AMC and Lionsgate TV pushed the show’s debut back from a summer 2011 premiere. It’s now set to begin sometime in the beginning of 2012. Don’t worry, we’ll let you in on the premiere date as soon as it’s released.

We previously reported that Jon Hamm would also direct the first episode of season five and Christina Hendricks recently revealed filming is set to start sometime next month.

What do you think of Jon Hamm’s big payday? Would you pay him eight figures to see him keep playing Don Draper? We certainly would. Tell us what you think in the comments section.