Leighton Meester and Selena Gomez developed quite a friendship on the set of Monte Carlo. The duo recently sat down to talk about female friendship, finding oneself and the movie Monte Carlo that promises to warm the hearts of females with friends everywhere. 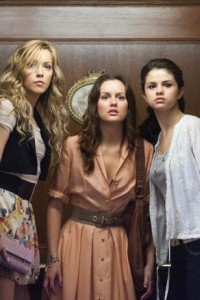 Monte Carlo arrives in theaters July 1 starring Leighton Meester and Selena Gomez as two-thirds of a friendly trio (the third is Katie Cassidy) and they sat down recently to dish their summer treat.

In the film, Selena achieves many a girl’s dream and becomes an accidental heiress. Grace (Gomez) is in Paris on a family vacation when the news arrives and she immediately grabs her two BFFs (Meester and Cassidy) and goes on an adventure that each woman desperately needs.

Monte Carlo is based on the book Headhunters by Jules Bass and among its producers are Nicole Kidman and Forest Whitaker. And yes, one of the “boys” that Gomez and Meester talk so effervescently about is Glee’s Cory Monteith.

Meester and Gomez spoke about their flick that follows two characters that each found completely relatable. Meester’s character is fleeing a family drama on her European escape. We asked Leighton about her favorite escapes as well as got Selena’s take on how Monte Carlo can inspire women of all ages.

SheKnows: What is your ultimate escape or vacation?

Leighton Meester: The best escape, since I don’t get to go on vacation a lot, I go down to Florida to see my family all the time. That’s the best vacation because my family lives on a little island, so there’s really nothing to do except go out on the boat and barbeque and play X-box. That’s all we do. They’re the most honest, real amazing people I could ever have in my life because they’ve known me since the day I was born. That… is the best time ever. [Laughs] Besides that, I just went to Mexico to the beach. So, that’s really nice [laughs]. Just getting away from everything is really important for everybody — turning off your phone, your computer, not worry about anything.

SheKnows: Selena, does this movie have a message for young girls?

Selena Gomez: Yes, there are multiple lessons in this film. Obviously the biggest one is figuring out who you are and embracing that part of you — spreading your wings a little bit and exploring yourself and your world. I think there’s another message for the family with step-sisters and getting along and how you handle that as a family. [Laughs] There’s romance, every girl is going to love that — falling in love with each of the boys in the film. It’s sweet.

SheKnows: Leighton, you start out as the fun police and eventually embrace life’s joys. What part of your own self did you find to portray that metamorphosis?

Leighton Meester: She’s a lot like me in that she’s kind of a dork [laughs]. She starts off a little bit broken. She’s kind of awkward. She hasn’t had a lot of social time. A lot of her time was spent with her mother in her final years, then her dad immediately went with this other woman. She was really bitter about that. And of course, Emma (Katie Cassidy) and Grace are super tight. I think she’s a little bit jealous. I think what really transforms her is seeing Emma and Grace being real with her and putting her in her place. They give her a wakeup call. She’s just being away from everything that was her life before. I can identify with that. She’s realizing she can be let free. Also… she gets with a guy [laughs]. That’s kind of fun for anyone! Everything is representative of her breaking free of her youth. 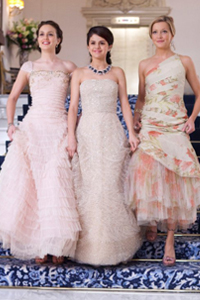 SheKnows: How do you think Monte Carlo contributes to the budding legacy that is films that speak to girls of all ages?

Selena Gomez: I think moms would appreciate the message and younger girls would like the physical comedy. Teen girls will fall in love with the romance. I think it appeals to all kinds of girls.

Leighton Meester: Seriously, I think all women will appreciate it because they’re still going through things in their life — just changing and transitioning. But also, it represents remembering that time in their life when they were just done with high school or at an in-between time. Like, for my character, she was done with college and trying to figure out what she’s doing. It covers a time of change. But also visually, the movie is so beautiful. The clothes, the locations, the boys and the music… it’s really sparkly and beautiful.

Check out our visit to the Selena Gomez experience!>>