Doesn’t matter if you’re a country music fan, John Schlimm’s debut novel Twang, released exclusively as an eBook, is a sizzling and laugh-out-loud read for any pop culture junkie or music aficionado looking for a surefire beach read this summer. 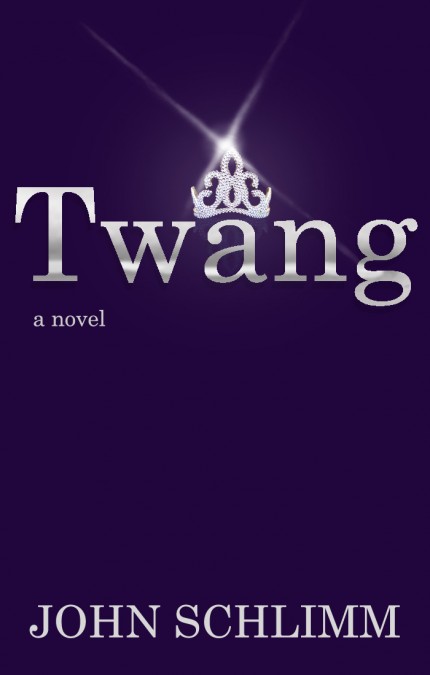 Twang follows several over-the-top fictional country music superstars and insiders through one unforgettable year in their lives. Headlining the story is super PR savvy, flame-haired diva Salome Field, an eccentric, tiara wearing and wand waving legend who is known to her adoring fans as the self-proclaimed “Fairy Field Queen.” Along with rebellious younger sister, Willa Field, the two country music icons have fought their way to the top of the music charts as the Field Sisters. Yet these women share a devastating secret buried deep beneath their honed images and infamous catfights.

Across town, the bankable but sensual girl-next-door with country’s most beloved angelic voice, Hope Tanner, is about to make a shocking announcement that will send the entertainment world into a tailspin. Meanwhile, her country heartthrob husband, Thad Evans, becomes annoyed by his wife’s actions as he guards his own red-hot skeletons in the closet.

On the flip side of the celebrity machine is Nat Oldham, the former Southern beauty queen turned publicist, whose company, Headline Publicity, represents Salome Field. However, Nat has loftier ambitions and her ultimate goal is to promote an unknown act to superstar status and become publicist of the year. Enter the Border Babes, a sexy and untamed quartet of country music chicks who are about to turn Nashville upside down. And if Salome doesn’t have enough problems, her ego-driven son, Ashley Field, strives to establish himself as a serious actor in Hollywacked, and on Broadway contrary to a type-cast, A-list status that depends more on his last name than on his acting abilities and an insatiable desire to screw practically anything that moves.

But what all these country music luminaries really have to worry about is their “friend” Billie Blotter, the famous columnist for Country Crooners magazine, who has earned the trust of every superstar in town. Working under the public premise that he’s compiling the ultimate “tribute” book in the industry, Billie is secretly writing the ultimate tell-all that will shatter the squeaky-clean image of Music City USA.

Bottom line: A juicy, fun eBook to download on your eReader. Who knew the world of country music was so compelling, quirky and scandal-ridden? And are these characters really fictional? Fun!