Evangeline Lilly is making some great post-Lost career choices. She will appear in the action flick Real Steel opposite Hugh Jackman this fall, and she’s just landed a role as an elf in Peter Jackson’s The Hobbit. You can’t get more epic than that! 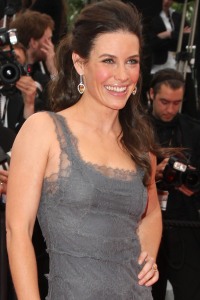 Peter Jackson broke the news on his Facebook page, where he updates fans on the latest happenings in Middle Earth. He wrote, “Evangeline Lilly will be playing a new character — the Woodland Elf, Tauriel. Her name means ‘daughter of Mirkwood’ and, beyond that, we must leave you guessing!”

When we heard of Lilly’s casting we immediately wondered what her connection would be to the series’ other famous elf Legolas (Orlando Bloom) but Jackson has already stated that “there is no romantic connection.” Hmmm, so he says.

Are we the only ones who think that Liv Tyler and Evangeline Lilly look alike? Maybe that’s why Lilly seems like a natural fit for The Hobbit world? The films (Part I and II) are currently in production in New Zealand and they’ve already completed their first block of shooting.