It’s a royal birthday as Prince William turns 29! How will he and Kate Middleton celebrate? 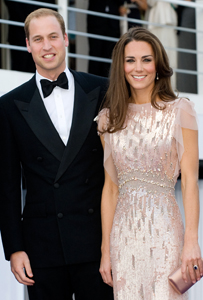 Did seeing Prince William standing at the altar at the royal wedding make you feel old? How about the fact that he is now a mere year away from 30? That’s right: Today is Prince William’s birthday, and he is turning 29 years old!

How will the newlywed prince and his beautiful bride Kate Middleton celebrate his special day? In a very low-key way, it seems. It is just another work day, with William reporting for duty as a search and rescue helicopter pilot with the Royal Air Force. Perhaps Kate will bake him a cake? She doesn’t look like she eats cake.

The royal couple is also preparing for their first official trip abroad together — they are scheduled to arrive in Canada on June 30, then William and Kate will spend two days in California.

Prince William was born less than a year after the July 29, 1981 wedding of Prince Charles and Diana, Princess of Wales. As second in line to the throne behind his father, William will someday be king of not just England, but 16 different Commonwealth realms: The United Kingdom, Canada, Australia, New Zealand, Jamaica, Barbados, the Bahamas, Grenada, Papua New Guinea, the Solomon Islands, Tuvalu, Saint Lucia, Saint Vincent and the Grenadines, Belize, Antigua and Barbuda, and Saint Kitts and Nevis.