Roger Ebert isn’t about to let a little thing like tact over the loss of a young man’s life get in the way of sharing his true feelings. However, friend and Jackass co-star Bam Margera won’t be letting the film critic get away with his insensitive comments scot-free. 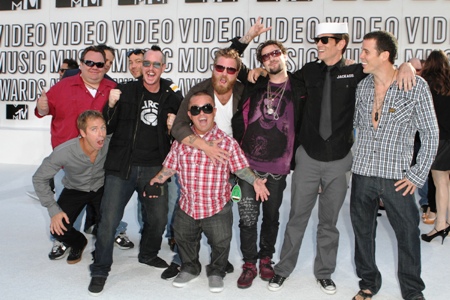 Though Roger Ebert‘s message was ill-received by many bloggers and media outlets, including gossip web site Perezhilton.com, the thyroid cancer survivor stood by his statement. Monday afternoon he tweeted, “Perez Hilton’s readers agree with me and not with Perez about my tweet on Ryan Dunn. He drank, he drove, 2 people died.”

Bam Margera, pictured here next to Ryan Dunn at the 2010 MTV Video Music Awards, had a few choice words in reply to Roger Ebert. Late Monday night he tweeted, “I just lost my best friend, I have been crying hysterical for a full day and piece of [expletive] roger ebert has the gall to put in his 2 cents about a jackass drunk driving and [he is] one, [expletive] you!”

While photos and reports of Ryan Dunn drinking hours before his death have circulated the web, no official reports have listed alcohol as a contributing factor in the accident.

What do you think of Roger Ebert’s comments over Ryan Dunn’s death?