Sean Kingston is improving steadily since a serious jet ski accident landed him in the ICU with broken bones and water in his lungs.

Hip hop star Sean Kingston is improving well since his jet ski accident in May left him with a broken jaw, broken wrist and water in his lungs. 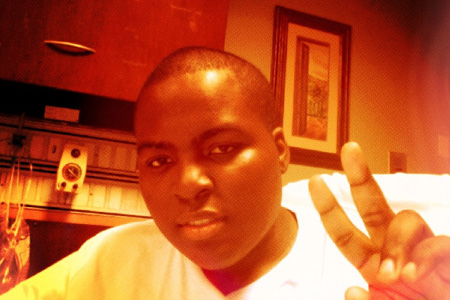 After being listed in “critical but stable condition” in May, friends and fans were worried about the lasting effects on the 21-year-old. Yesterday, the Beautiful Girls singer tweeted a picture of himself, smiling and flashing the peace sign, while in his hospital room.

“Feeling alot better! GOD IS GREAT!” he tweeted. “Thanks for all the prayers and support! Love you ALL!”

Kingston was driving a jet ski with a female friend on May 29th in Miami, when he lost control and ran into the Palm Island Bridge. The female passenger, Cassandra Sanchez, said after the accident Kingston was not completely conscious and was “coughing up blood, foam and pink stuff.”

Kingston was admitted to the trauma unit and soon transferred to the ICU, where he was unable to open his eyes for two days and needed a breathing tube. On June 6th, he was able to breathe on his own and took his first steps since the accident.

Miami police say alcohol did not play a role in his accident.