Troubled country singer Mindy McCready has filed a lawsuit against the National Enquirer tabloid, claiming she has been wrongly depicted as an unfit mother. 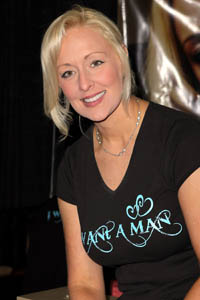 Mindy McCready is suing the National Enquirer for an article that claimed the country singer isn’t capable of being a mom.

Earlier this month, the Enquirer published a story accusing McCready of failing at her parental duties: “Shameful Mindy McCready Doesn’t Deserve To Have Child Back.” In response, McCready is crying foul and has filed suit. She says her mother is to blame for spreading false gossip about her — to make money.

“What is shameful and heartbreaking is the unhealthy relationship I have endured with my mom over my lifetime,” McCready’s statement says. “In all honesty, I’m saddened it has come to this; but this is not a one-time, single event — to sell her ‘stories’ to the Star, The Globe and Radar Online. It has just got to stop, for me and my son.”

The Enquirer claims McCready, who appeared on a season of Celebrity Rehab with Dr. Drew to battle her substance abuse problems, is an addict who did not show up at her son’s latest custody hearing, has not seen her son more than once in the last year and is an “unfit, bad parent.” Currently, McCready’s mother has custody of her son.

“My custody battle has been deplorable and fraudulent,” McCready says. “My mother’s agenda, I believe, is to continue to keep my character and lifestyle ‘questionable.'”

Last year, Vivid Video released a sex tape starring McCready, which the singer says was stolen from her.