Falling behind in the wake of Green Lantern, J.J. Abrams’ Super 8 held strong with $21 million at number two, while Jim Carrey’s family comedy Mr. Popper’s Penguins debuted at number three with just over $18 million. So even though Green Lantern stole the show, why does this win seem so bittersweet? 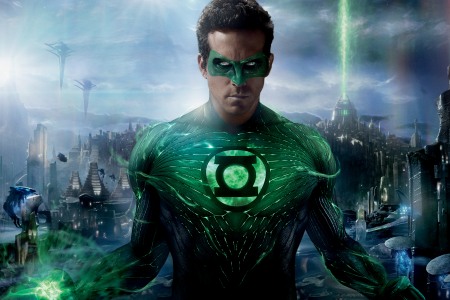 The Green Lantern underperformed by blockbuster standards and we think we know why. The reviews weren’t that great, the special effects and the tone seemed questionable and audiences are starting to get comic book movie fatigue. Captain America should be shaking in his boots!

Speaking of comic book films, X-Men: First Class came in at number four with $11 million, while The Hangover: Part II closed out the top five with over $9 million.

Kung Fu Panda 2 dropped to number six with $8.7 million, Bridesmaids is hanging on for dear life at number seven with $7.4 million and Pirates of the Caribbean: On Stranger Tides is losing momentum in eighth place with a little over $6 million.

The top ten was rounded out by Woody Allen’s latest Midnight in Paris, which came in at number nine with $5.2 million, while the kids flick Judy Moody and the Not Bummer Summer dropped to tenth place with $2.2 million.