Britney Spears takes revenge on the paparazzi in her latest video, I Wanna Go. This time, she’s taking out photographers with her microphone. 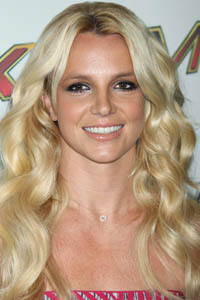 Britney Spears has released a sneak peek at the music video for I Wanna Go, and while the paparazzi may be stalking Britney, she’s not taking their harassment lying down.

In the video, a fit and confident-looking Spears is standing on a taxi cab when she spots a photographer taking her picture. As it turns out, she’s armed with a studded microphone. The pop star swings the mic like a lasso and starts whipping the paparazzo with it. In her punk rock outfit, she keeps taking out photographers like a cowgirl.

The much-hyped video, which is set to be released on Wednesday, is directed by Chris Marrs Piliero, who leaked on his Twitter that Britney is a fan of the video’s take-no-prisoners story.

“Finished editing the I Wanna Go music video… love it… met up with @britneyspears… we watched it together… she loved it… stoked…” he tweeted.

Spears launched her massive Femme Fatale tour last week and has gotten some rave reviews, positioning the once-crazed singer for what looks like a legitimate comeback. As for whether or not she’s ready to get married to her longtime boyfriend Jason Trawick, no word on wedding bells yet. Trawick has joined Spears on her tour for support as she tours the country.