The 38th Annual Daytime Emmy Awards invaded Sin City and SheKnows’ very own Joel D. Amos was on hand to catch all the action and snap some photos of the big night. Big winners included General Hospital which took home Outstanding Supporting Actor and Outstanding Lead Actress and The Bold and the Beautiful which captured the Outstanding Drama award.

The 38th Annual Daytime Emmy Awards opened with a fresh feel as host Wayne Brady dance-battled against famed dance group the Jabbawockeez. But it was all about the winners like General Hospital’s Laura Wright and those who make the daytime world the magical place that it is. 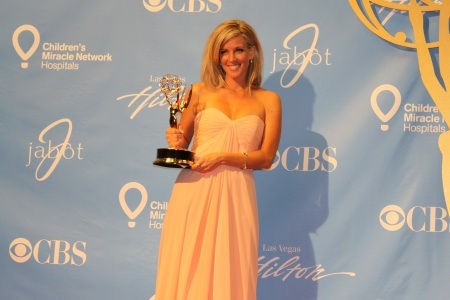 It was a bittersweet Daytime Emmy Awards show as the obvious cancellations and retirements were on a lot of people’s minds. Many presenters and actors took time to mention cancelled shows One Life to Live and All My Children, while a host of stars paid tribute to Oprah Winfrey.

Dr. Oz, Celine Dion and Ellen DeGeneres were just a few of the stars who paid tribute to Oprah Winfrey as she received the Crystal Pillar award for her dedication to daytime television.

Big winners on the actors’ side included General Hospital’s Jonathan Jackson for Outstanding Supporting Actor. The young actor decided it was appropriate to bring his children up to the stage since it was Father’s Day and we couldn’t have thought it was cuter! 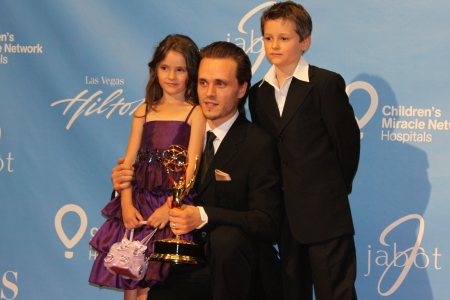 The Bold and the Beautiful nudged its way to a win in the Outstanding Drama category for a third straight year — which was not really shocking, just a bummer. It would have been nice to see it go to All My Children or General Hospital. 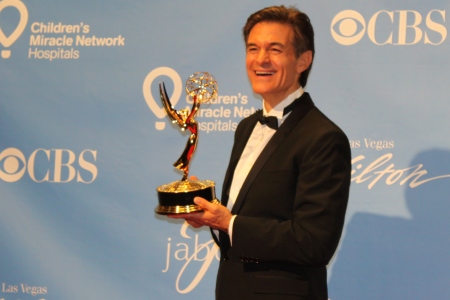 One of the funnier moments of the night came from Cash Cab’s host Ben Bailey who was late accepting his Best Game Show Host award because he was in the bathroom!

Stay with Soaps.com for full videos and interviews from Daytime TV’s big night!>> 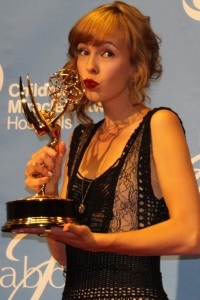