LeAnn Rimes managed to get off Twitter long enough to film a guest appearance on the season three premiere of Drop Dead Diva. What sort of role is she playing? 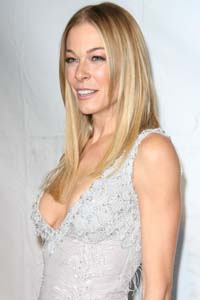 Newsflash! Apparently LeAnn Rimes does more than tweet photos of her bikini-clad body. The singer, 28, will appear on Sunday night’s season three premiere episode of Drop Dead Diva — and it sounds like her role isn’t going to be that much of a stretch for the controversy-prone country singer.

“Drop Dead Diva asked me to do an episode last year. The character they offered me the first time is the complete opposite of this one, I loved it. But the timing wasn’t right,” Rimes told AOL of her role as the ex-wife of a law-breaking celebrity. “They wrote this character specifically for me, hoping I’d do it. I loved it when I read it. The show’s great, really funny. I love playing the scorned ex-wife of a TV star.”

Rimes said the role is a stretch for her.

“People don’t normally see me in roles like this. They see me in love stories. To do this was really funny. During breaks people on set were like, ‘You play a [expletive] real well.’ I said, ‘Thank you! That’s a compliment,'” she laughed.

The singer also said she’s a fan of the show.

“The message of the show is that this aspiring model died and came back in someone else’s body, who is heavier, not necessarily who she’d want to be. But she has this amazing heart and is this smart-as-a-whip lawyer,” Rimes said. “We think body image is black-and-white, but we all come in so many different shapes and sizes.”

An interesting statement coming from the ever-shrinking singer, don’t you think?

Will you watch LeAnn Rimes on the season premiere of Drop Dead Diva?