Amy Winehouse proved she’s losing her battle with drugs and alcohol after an awful performance in Serbia. Is she beyond help?

Whoever thought it was a good idea to let Amy Winehouse back on stage should be fired. The singer — fresh off her latest (unsuccessful) visit to rehab — took the stage in Belgrade Saturday night to disastrous results. 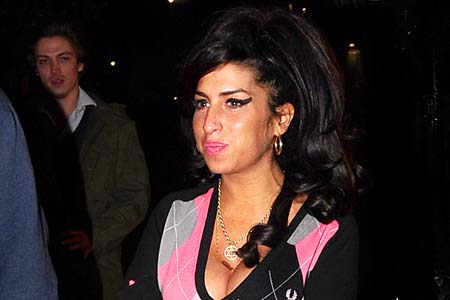 Winehouse, 28, arrived on stage in the Serbian capital late and appeared more than a little disoriented on stage. She forgot the lyrics to several of her songs and danced around the stage oddly before getting booed off the stage.

And now? Surprise, surprise — they’re calling off the rest of her European tour dates, including scheduled stops in Turkey and Greece.

“[Winehouse] feels that this is the right thing to do,” her rep wrote in a statement. “Despite feeling sure that she wanted to fulfill these commitments, she has agreed with management that she cannot perform to the best of her ability and will return home.”

Um, yeah — Winehouse is obviously losing her battle with drugs and alcohol again. At what point do her parents — especially her dad — stop making excuses for her and get her some serious help?

Sadly, we might not know until she dies an untimely death. It’s morbid to think about, but it looks like that’s the talented singer’s rock bottom.

Watch Amy Winehouse butcher Back to Black in Belgrade

Do you think Amy Winehouse is beyond help?