Glee‘s creator Ryan Murphy has a lot to celebrate these days, including his own engagement to his longtime partner. 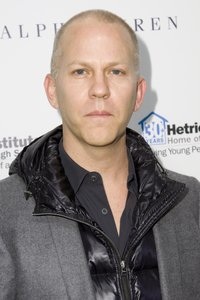 Ryan Murphy seemingly has the perfect professional life with the hit show Glee under his tutelage and his hands in the creation of the new Oxygen series The Glee Project. But now it’s time for Murphy to celebrate his personal life with the news of his engagement to his longtime partner.

During a call to Ryan Seacrest’s morning radio show on June 17, Ryan Murphy revealed, “I’m with a great fellow now who I’ve known for 15 years. We just got engaged and I’m very excited about it!”

Is it too early to hope for the happy couple to go with a Glee-inspired wedding?

Murphy also let Seacrest and listeners in on another piece of exciting news. He just bought a former beach house that used to be owned by Charlize Theron!

“[Charlize] is a lovely lady and it’s a great beach find,” he gushed to Ryan Seacrest in regards to his new abode.

He even invited the radio host to come check out the new place. “You have to come hang out!”

With Glee and The Glee Project keeping the media man busy, he has found time to unleash his dark side on TV viewers.

His new TV show American Horror Story drops in the fall and promises to be a bit different compared to the singing kids we see on Glee.

“It’s a big, scary, cool, sort of horror show that’s going to be on FX,” Murphy revealed. “I’m really excited about it.”

Congrats go out to Ryan Murphy on his engagement!