Will this be Vicki Gunvalson’s last season with The Real Housewives of Orange County? In our one-on-one interview she spills her feelings on what the show means to her, what it will take for her to sign on to next season and how she feels about her life post Donn. In a house decorated with her past, pictures of Donn and previous housewives, Vicki chats about what’s new with her to SheKnows’ celebrity correspondent, Whitney English.

Related story Is Anyone Else So Over The Real Housewives of Orange County? 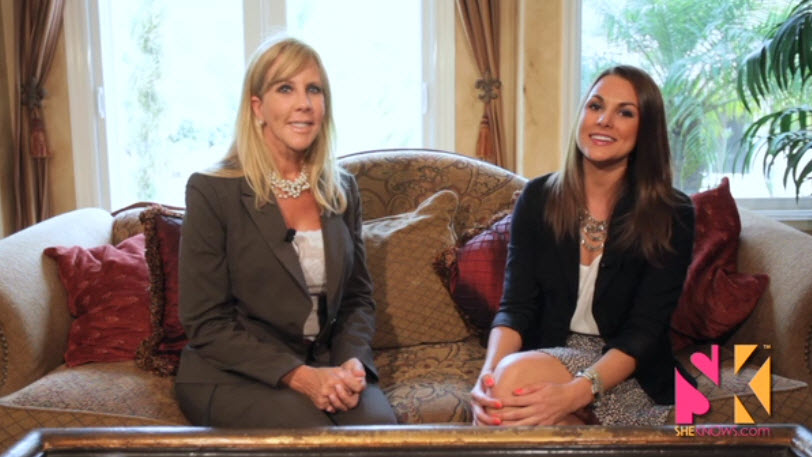 So, the women of Orange County have spoken their final words about the ups and downs of the season on last night’s reunion — but don’t worry it’s not over. SheKnows popped into Vicki Gunvalson’s OC home to dig a little deeper.

As a powerhouse career woman who always seems to be on-the-go, Whitney was not surprised when she arrived at Vicki’s home to find that she was rushed and stressed to make a ten o’clock appointment. Luckily, she was still happy to sit down and fill us in on her love life and latest career moves, including her new self-published book.

As for the burning question on everyone’s mind, Vicki manages to give us a few details on how she is holding up after filing for divorce from Donn. Her repaired friendship with Tamra Barney and other off-screen friends along with her ongoing drive for success seem to be what makes life work for Vicki Gunvalson.

After the interview concluded, Vicki whipped up a protein shake while trying to get her two stubborn pugs to eat their breakfast too. As she pulled away from her Orange County home and headed to work, her Coto Insurance license plate made it very clear that The Real Housewives reality series was not her first and only priority.