The producers of the Rebecca Black video Friday are striking back at the singer after the hit video was unexpectedly removed from YouTube. 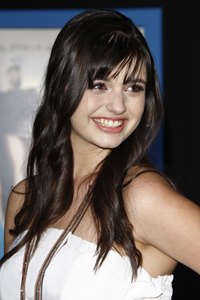 How rude! The production company that put together the video for Rebecca Black’s YouTube sensation Friday says they didn’t even get a phone call asking them to knock off their shenanigans before her reps had the video service issue a Take Down Notice.

Reps for Rebecca Black pulled Friday off YouTube after discovering that Ark Music had changed the video to a pay-to-play format, charging users $2.99 for each view.

“We’re disappointed, having been in good faith negotiations with Rebecca Black and her representatives for months regarding any open issues,” AMF told TMZ.

“There’s been an ongoing, open dialogue with our company. So we were blindsided to get a Take Down Notice — with no notice — alleging copyright infringement instead of a call or email from Rebecca’s representatives.”

“We are going to continue to take the high road and work out the complaint as soon as possible,” the spokesperson added.

In the meantime, Rebecca Black is making waves in someone else’s video: She makes a cameo in the new Katy Perry piece Last Friday Night.

read on for more rebecca black