Model/actress Estella Warren has predictably checked herself into rehab after her insane DUI arrest. 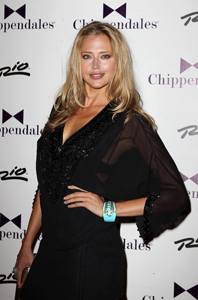 After a Mel Gibson-level police situation, Estella Warren’s DUI has caused her to make the predictable choice to check herself into rehab.

We hate to sound so cynical, but this action is part of a general pattern of events celebrities follow after arrests in an attempt to gain leniency with the judge at the time of their trial and sentencing.

“This scenario can be the catalyst for significant change,” Kavinoky said. “Estella’s attitude towards this whole thing is awesome. She’s more than accepting. She’s embracing the personal opportunities that have come from this.”

Just in case anyone thinks she may be slipping off for the occasional nip, Warren has also volunteered to wear a SCRAM bracelet a la Lindsay Lohan.

“She wants to prove she isn’t drinking,” Kavinoky said.