Kanye West is more than a little upset that a rough version of his song Mama’s Boy was leaked onto the web.

Kanye West is upset that a leaked version of his song Mama’s Boy (aka Mama’s Boyfriend) made its way onto the web earlier this week. “An unknown party or parties got a hold of Kanye West’s vocal track and added their own soundbed to it, effectively and falsely releasing it as a Kanye West track from the My Beautiful Dark Twisted Fantasy sessions,” read a statement from the rapper’s camp. 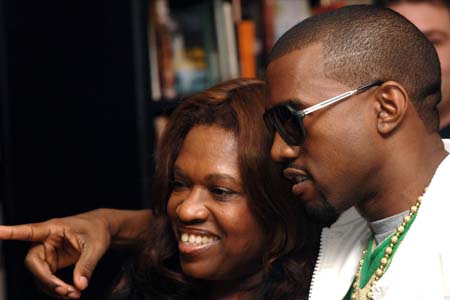 “The result in no way resembles the final song Kanye West intended his fans to hear, and he is deeply disappointed that one of the most personal, meaningful and special songs he has ever written would reach people in this way.”

The song was written about West’s beloved mother, the late Donda West. She passed away tragically in 2007 after a botched plastic surgery procedure. The lyrics describe West’s feelings when his mama brings home a new boyfriend.

“I’m my mama’s boyfriend,” he raps in the song.

“It took me 32 years of my life to write it,” West said of the song when he performed in May at Facebook’s California headquarters.

It sounds like a deeply personal song for the rapper, so we get why he was so upset with the leak.

Do you think Kanye West was right to be upset with the Mama’s Boy leak?