Legendary director Steven Spielberg is reportedly in talks to create Jurassic Park IV. Will it ever happen?

Very few movie franchises have ascended to the level of the Jurassic Park trilogy. For years, fans have clamored for a fourth installment of the dinosaur tale — now, it looks like that just might be coming true. 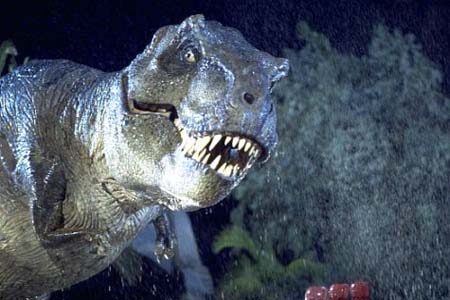 Director Steven Spielberg has reportedly been speaking with screenwriter Mark Protosevich about penning a fourth Jurassic Park film, according to The Hollywood Reporter.

The discussions — still in the exploratory phase — are both welcomed and feared by fans. Some are excited at just the mention of Jurassic Park IV; others are worried that it could be an embarrassing failure.

“First, let’s get the obvious out of the way. Jurassic Park IV will be terrible. All the signs are there. Michael Crichton is dead. Stan Winston is dead. The last time Steven Spielberg waited this long to revive one of his franchises, he ended up blowing Harrison Ford across the sky in a fridge. The portents are not good. In an ideal world Jurassic Park would be extinct, once and for all,” film critic Stuart Heritage wrote.

“I think we’ve told the story. I think it’s done,” he said. “Stan Winston, who made those beautiful dinosaurs, died. So, no Stan, no Jurassic Park really… [and author] Michael Crichton died too.”

Would you get excited for a Jurassic Park reboot?