After decades of relationship drama with daughter Tatum O’Neal, Ryan O’Neal has pinned their hopes for a happier tomorrow on Oprah Winfrey.

Ryan O’Neal may be one of the few people in the world disappointed by Oprah Winfrey. The media mogul, whose OWN network will be debuting Ryan and Tatum: The O’Neals this Sunday, June 19, didn’t follow through on helping him and daughter Tatum O’Neal heal their relationship the way he had expected. 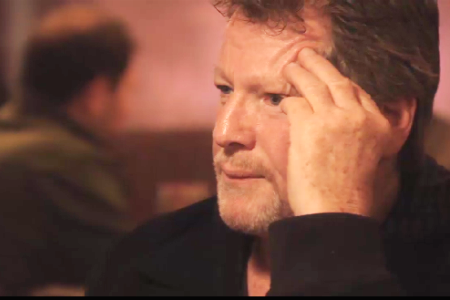 Ryan O’Neal tells xfinityTV, “I thought that was the thing — that Oprah would be there and use her magic on us.”

He continues, “I thought she’d bless us and that would help. We spent New Year’s Eve with her, and she was very encouraging. Then we never saw her again. And haven’t heard from her. When she finished her show, I supposed she’d come by and talk to us, but they said no, she’s going on holiday. So Tatum and I were left to deal with each other on our own.”

The resulting dysfunction, filmed for Ryan and Tatum: The O’Neals, shows a mix of breakthroughs and breakdowns as the pair attempt to heal their decades-long strained relationship.

Tatum O’Neal, who recently agreed her father is “ego-driven” and desperate to be on TV, says their relationship has ups and downs still. “It’s good but again I’m always trying to make sure he doesn’t cross boundaries,” said Tatum. “He seems to have no boundaries with conversations with me, or trying to get me to do stuff. It has to do with him thinking I’m 10 and he can do whatever he wants.”

Will you be tuning in to watch the drama unfold when OWN debuts Ryan and Tatum: The O’Neals?