Green Lantern, despite having a fan following in the millions, is a film that rests solely on Ryan Reynolds and his sexy shoulders. Without an effective actor portraying the DC Comics hero, any film franchise possibilities for Green Lantern are limited. In a word, Reynolds rocks!

What about the rest of the film Green Lantern? Does it fire on all cylinders? Superhero movies can be very good (Thor) or very bad (Daredevil) and Green Lantern falls somewhere in between. It is clear from the trailers that Green Lantern is visually arresting. But, if the story is not there and the actors are miscast or fall flat, a gorgeous film will feel empty. 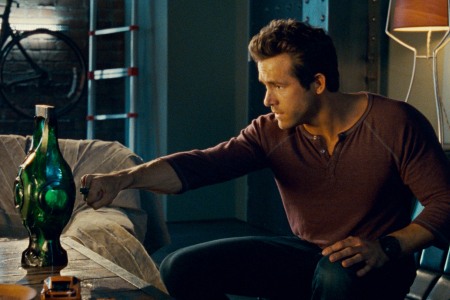 The plot of Green Lantern is too complicated to summarize in a nutshell, but overall, Ryan Reynolds is Hal Jordan, a fighter pilot with a tinge of an attitude. After causing mayhem on a test flight, his boss (and former lover) Blake Lively grounds him which sends him on a night of “What am I doing with my life?”

Hal stumbles on a ship that has crashed and discovers an alien who, before he dies, decries that the “ring” has chosen him. The ring in question is the ring to become a Green Lantern, a member of an elite fighting force that has protected the universe for millennia. Soon, Hal must discover what it means to be a Green Lantern and how he can use his newfound power to improve not only the world, but the universe.

Without Ryan Reynolds and his sexy self-deprecating ways, Green Lantern would be a total loss. He lives and breathes Hal Jordan and his superhero persona. Reynolds is a summer blockbuster star without a blockbuster and he may have it with Green Lantern. Not only does he look good in the suit (although much of it was created with CGI), he possesses the acting chops to pull off some of the cheesy lines that are always present in superhero movies.

Blake Lively is actually up for the task as the love interest for Reynolds’ Hal. Her Carol is a rarity in superhero films. She is as strong, and at times stronger, than the hero and Lively pulls off the performance with equal parts strength, sass and welcomed sarcasm. 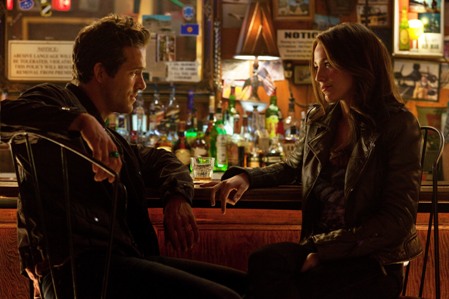 Director Martin Campbell, most known for rebooting the James Bond franchise (Casino Royale) and ushering in the Zorro franchise, is — and we hate to say it — slightly out of his league with a comic book story he admitted he had never heard of prior. His direction is uneven and the scenes on Earth don’t pack the punch that the parts of the film in outer space possess. We will say this: Campbell is an actor’s director and he gets the most out of his all-star cast including Lively, Reynolds, Peter Sarsgaard, Mark Strong, Angela Bassett and Tim Robbins.

Visually Green Lantern is stunning, whether in 3D (as we saw it) or in 2D, and the world created by the production designers is impeccable. The film’s scenes pop not only with special effects wizardry, but also with a color palette rarely used in film. Yes, there is green everywhere, but in particular, the scenes in outer space explode off the screen. 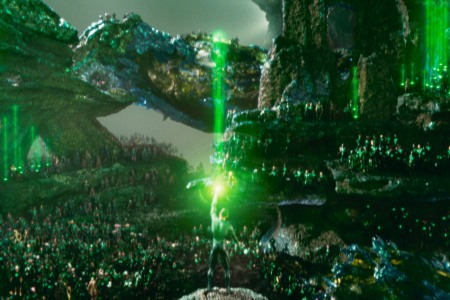 What is so powerful about Green Lantern is its use of its primary theme: Fears limit personal possibility. The ring chose Hal Jordan because of his innate fearlessness, but still, he must overcome his “why me?” questioning to fully achieve superhero-dom.

Overall, Green Lantern is great summer fun. It is the epitome of a popcorn film and doesn’t try to be anything else.

Read on for more Green Lantern