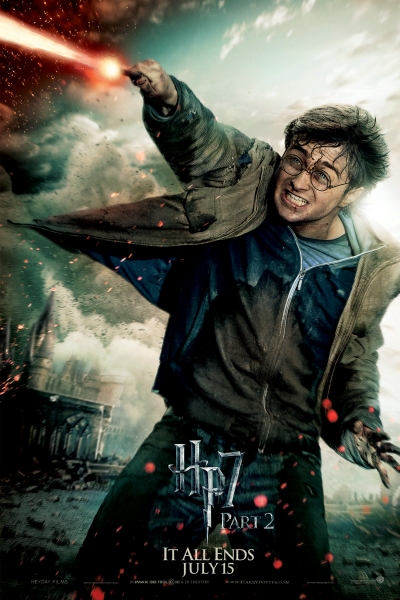 Attention all Harry Potter fans: The announcement you’ve been praying for may very well be forthcoming! JK Rowling has just launched a new website and is teasing a major Harry Potter announcement!

The website, PotterMore.com, is currently a placeholder page featuring two owls. Click on either owl and you are brought to Rowling’s YouTube account, where the Harry Potter announcement is teased with a countdown to next week and the blurb, “The owls are gathering… Find out why soon.”

What does it all mean? Let’s speculate wildly, shall we? Switch around the words and PotterMore becomes More Potter. In the Harry Potter series, owls are messengers that aid in communication among wizards.

So the owls have a big announcement to make. Could it mean a new Harry Potter book is in the works? Way back in 2007, JK Rowling told Time magazine that an eighth book is a possibility — a remote one, but a possibility nonetheless.

“There have been times since finishing, weak moments, when I’ve said ‘Yeah, all right’ to the eighth novel,” Rowling said.

“If — and it’s a big if — I ever write an eighth book, I doubt that Harry would be the central character. I feel I’ve already told his story. But these are big ifs. Let’s give it 10 years.”

Could the owls be gathering to invite a new class — and new cast of characters — to Hogwarts? Rowling’s PR people say don’t hold your breath.

“It is not another Harry Potter book but we cannot reveal any more at this stage, fans will have to keep an eye on the website. It will be launching soon,” a Rowling spokesperson said.

SheKnows will have the big Harry Potter announcement as soon as it is made next week!

read on for more harry potter!