Selena Gomez lays down a killer vocal on a song co-penned by Britney Spears — Whiplash. Check out Whiplash below! 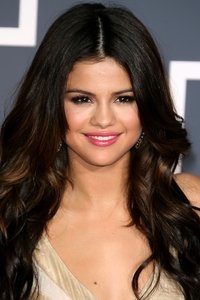 Selena Gomez is red-hot these days, taking herself from Disney darling to relevant artist. It only makes sense that she would team up with someone who knows how to throw down a certain sound when it comes to a single — Britney Spears.

Selena Gomez’s track Whiplash sounds pretty sick and it should — it was co-written by Britney Spears.

The beat and delivery of Whiplash do showcase Selena Gomez’s own identity, with a hint of Spears sprinkled in.

Whiplash will be featured on Selena Gomez and the Scene’s new album When the Sun Goes Down, which is scheduled to hit the scene (pun fully intended) on June 28.

After being treated and released from the hospital and then kicking off her mall tour, the songstress was happy to share some other good news. Her song Who Says has just gone platinum.

“Ahhhh yay! Yay! Yay! Who Says went platinum!!! Thank you!! YOU have every right to a beautiful life :)” Selena Gomez tweeted on Wednesday.

Check out Selena Gomez rocking Whiplash below and tell us what you think. Is it a hit or a miss? We kind of like it — a lot! Don’t forget to check out her new album When the Sun Goes Down on June 28.