Mark your calendars. Joshua Jackson and Melissa McCarthy are gearing up to announce the lucky Emmy nominees on July 14. 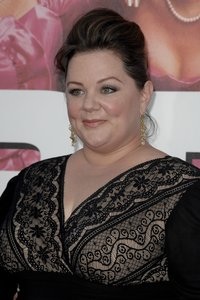 Grab yourself a cup of joe and join Joshua Jackson and Melissa McCarthy in the early morning hours for some Emmy nomination announcements.

Fringe’s Joshua Jackson and Mike & Molly’s Melissa McCarthy will announce the nominations for the 63rd Annual Primetime Emmy Awards on July 14. The popular TV stars will be accompanied by Academy of Television Arts & Sciences Chairman John Shaffner in the wee hours of the morning to reveal the nominees.

Okay, we know what you’re thinking — it’s like a WB reunion between Dawson’s Creek and Gilmore Girls! We can only hope there are some witty Pacey and Sookie jokes thrown around during the announcements.

Melissa McCarthy is having one heck of a year, with her standout role in Bridesmaids taking her funny to a whole other level. She’s not a lock to hear her own name being read, but she is a strong contender based on the success of Mike & Molly. It will just depend on how the votes swing compared to the standard veterans considered for nominations.

Wouldn’t it be lovely to hear Melissa McCarthy’s name, though?

The 63rd Annual Primetime Emmys will be hosted by Jane Lynch on Sunday, September 18 on Fox. Who are you rooting for to get nominated? Tell us some of your favorite shows and stars you’d like to see up for an Emmy!