MTV’s Teen Wolf updates an ’80s classic for the Twilight and Vampire Diaries generation with a delicious (and oft shirtless) cast and a vibe that is decidedly darker, sexier and edgier than Michael J. Fox’s campy original. Though couched in sexy high school drama, there are deeper battles to wage in this werewolf tale. And did we mention the locker room scenes?

The new MTV supernatural drama centers on Scott McCall (Tyler Posey), an uncool but gorgeous teen who gets bitten by a werewolf. Scott immediately transitions from lacrosse loser to wolfy lacrosse stud and is thrust into his high school’s social spotlight. With all eyes on him and first love in the air, however, Scott must learn to understand and control his transformations and hide his secret life as a werewolf. 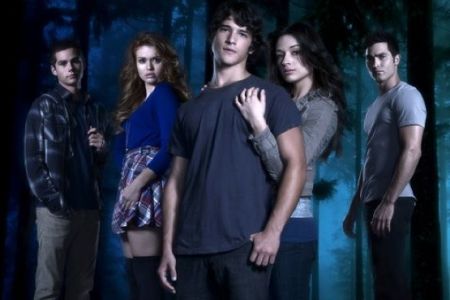 It bares mention that there are also some laughs, often provided by Scott’s best pal Stiles. “Dylan O’Brien is the comic relief,” Posey raves. “Funniest dude you’ll ever meet, other than me.”

Scott’s werewolf expert pal offers a touch of that goofy camp for which fans of the original are hungering, plus some modern giggles, like when he warned Scott that hanging with girls will make him seem gay… and then he asked, “Am I attractive to gay guys?!”

There’s also, however, something much darker at play in Teen Wolf — and we don’t just mean the grizzly action, steamy scenes and dark imagery, though much of Teen Wolf‘s vibe comes from its look and feel.

Teen Wolf: Who are the real monsters? 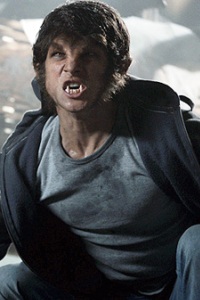 Of all the themes emerging in the early episodes of Teen Wolf, SheKnows is especially intrigued by the growing thematic question, “Who is the real monster here?”

Right off the bat, big man on campus Jackson (Colton Haynes) emerged as Scott’s social nemesis, while his “mean girl” girlfriend Lydia (Holland Roden) quickly defined herself as the class power beyotch. These two are monsters of the social kind, but one has to wonder whether Jackson, in particular, could evolve into a legitimate danger for Scott.

At the same time, as a horrified Scott came to terms with his new identity, he cast older, brooding Derek (Tyler Hoechlin) in the role of monster. While Derek remains intimidating and even creepy, it’s become clear the more experienced wolf is not the villain of this story. He has, in fact, been trying to help newbie Scott (which most viewers guessed).

In this week’s episode, Pack Mentality, fans learned big bad wolf Alpha is actually the one who bit Scott and turned him, as well as the one who killed a local bus driver. Next week, Scott will learn more about this mysterious character and hopefully, so will we.

But what about those Werewolf Hunters? Alison’s dad is so dark that one has to wonder if these protectors of humanity are the real monsters. Upping the ante, some fans have even posed the notion that the head Hunter could possibly be Alpha!

Teen Wolf airs on MTV Mondays at 10 p.m. Will you be there for the next episode? You should be!