Remember the adorable, big-eyed and very talented kid in Charlie and the Chocolate Factory, The Spiderwick Chronicles and Finding Neverland? Freddie Highmore is now 19 and co-starring with 20-year-old Emma Roberts, indie movie queen and star of the recent Scream 4, in the very real coming-of-age film The Art of Getting By.

In the movie, George (Freddie Highmore) is a bright and talented but unfocused high school slacker whose life comes into sharp focus when he meets friendly Sally, played by Emma Roberts. Both high school seniors have troubled home lives and find solace in each other before taking on the “real” world. 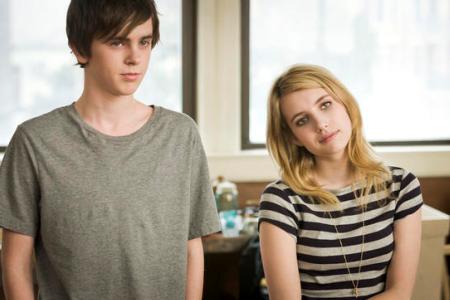 SheKnows got on the cell with the young duo who admit they hit it off big-time from day one. Emma Roberts is now a great gal pal of Twilight star Elizabeth Reaser who plays her free-wheeling mom in the film. Freddie feels that “It’s not all just hunky dory being in love” but Emma counters enthusiastically with “I love love!”

SheKnows: Emma, first of all, why will women of all ages, especially enjoy seeing The Art of Getting By?
Emma Roberts: I just feel like my character Sally is a young woman who is not portrayed as a bitch but not as weak. She’s portrayed how I think young girls really are when they’re coming into their own. I like that she’s not sitting around heartbroken and crying about a boy. As much as she hurts George, she is trying to take responsibility for her life. I think that’s really interesting and you don’t see women, especially young women, behave that way in movies lately. And, hey, we’re girls and we love love and I think this is such a fun movie that shows first love and growing up. Older women will remember feeling that way and younger women will hope to feel that way and it gets them excited. I love love!

SheKnows: Good attitude! Were both of you ever aimless or kind of a slacker like George in the film; not sure what your life’s passion was or did you always want to act, no detours?

Freddie Highmore: I guess I wasn’t always certain about acting but I fell into it and just carried on doing films but, at the same time, I’m not totally focused on it. I guess I’ve still got the opportunity to do something else. I’ve always really enjoyed it but I don’t know if there’s a specific moment where I thought, “This is what I want to do for life.”

Emma Roberts: I’ve always wanted to be an actor and I really love reading and going to the movies myself. I’ve always felt so lucky to get to do that as my job because I’m such a fan as well. I almost didn’t become an actor even though my aunt and dad are one. I did have a moment where I wanted to be a lawyer after seeing Legally Blonde but I decided I’d just play one. 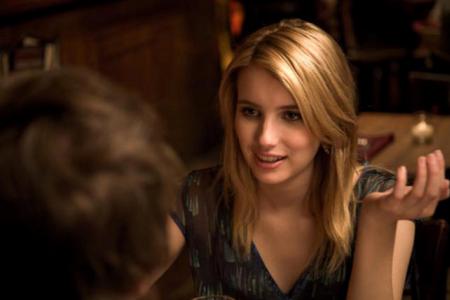 SheKnows: Freddie, other than acting, are you artistic like George; do you paint, do photography, doodling in books or anything?

Freddie Highmore: No. I do envy people who have a certain ability in art. Drawing is something I’ve always wanted to do but I don’t think I really have the ability. The best I can probably do is slightly more than a stick figure but certainly not make it look like someone. I’m pretty useless at that.

Emma Roberts: When I was really young I bit someone in preschool and I lied and said that I didn’t do it. The kid had bite marks on him and I’m like, “I don’t know what he’s talking about.”

[Freddie laughs in the background]

Freddie Highmore: I don’t know but there have been a few moments with my brother where something goes on and you try not to let on to your parents [that you did it]. 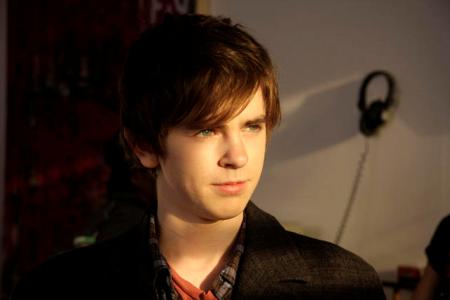 SheKnows: Both your characters are very real and everyone can relate to them. What about your character did you most identify with?
Emma Roberts: I guess I identify with Sally in that she’s really outgoing. She’s not a good girl or a bad girl. She has lots of different personalities as I think most young women do when they’re finding out who they really are.

Freddie Highmore: I could relate to the realistic nature of the way The Art of Getting By shows those moments of falling in love for the first time and also there’s some pressure. It’s not just all hunky dory being in love. There are conflicts involved and it always seems there’s a dualism; loving someone but at the same time feeling unloved. I can also relate to the feeling of trying to find yourself and find your place. George falls into the role in school of the slacker, the one at the back of the class that he didn’t want to become, but just being a sort of passive figure has led him to that. It’s about growing up and becoming someone who takes an active responsibility in their life, choosing the things they want to do and the person they want to be and plucking up the courage to be with the girl they love.

SheKnows: All very relatable. A lot of educators are trying to get George to apply himself. Have you had a memorable teacher or mentor and what did he or she teach you?

Emma Roberts: I only went to elementary school but I was really lucky I went to school then because I learned the very basics of how to act (behave) as a person. You’re learning basic math and all of that but they’re also teaching you how to interact with people. I went to a really artsy public school and they let you be yourself and be an individual and I was happy for that.

Freddie Highmore: I’ve always found that the really best teachers are ones that were into life as opposed to academic subjects. Ones where you don’t realize, at the time, that they’re saying something that will have a certain impact on you or be incredibly interesting for you. It doesn’t always have to be someone saying “Well, this is my advice” and you take that straightaway. It can be that you think of it long afterwards and think what they said is something that does have an affect on me now. At the time, they weren’t as important to you as they would become. 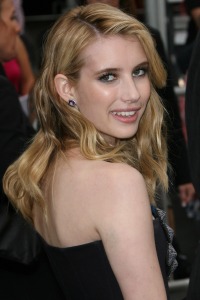 SheKnows: Good point. Emma, talk about working with Elizabeth Reaser of the Twilight films as your mom. Was it more like girlfriends than a mom/daughter vibe between you?
Emma Roberts: She’s actually one of my best friends. I love her. I see her all the time. She’s the best. I sent her a text on Mother’s Day. I’m like, “Happy Mother’s Day, mom.” We were like girlfriends during the movie though.

SheKnows: And Freddie, working with Rita Wilson as your mom, was she “mom-like,” giving you advice or anything?

Freddie Highmore: I’m not sure if there was any particular advice she gave me but it was fantastic getting to work with her. I think also that all of the smaller roles, we were able to get great actors for them. The whole quality of the film is really upped by their professionalism and experience. It was an integral part of the movie.

SheKnows: Emma, Sally has a fun wardrobe in the film. Did you enjoy your wardrobe and did you keep anything? And Freddie you can answer too — George has a long, dark coat.

Freddie Highmore: I kept the coat. Emma and I went shopping looking for that jacket when we were in New York. We visited the 26th Street flea market at some point in time to try and find the best one.

Emma Roberts: I wore a lot of my own clothes, actually. There was a blue floral dress that I wore. My favorite leather jacket, the jacket that I bought when I was 16 I wore in this movie and I lost it last week. It’s gone forever. I think I just left it somewhere.

SheKnows: Oh no! Sorry about that. You two both have February birthdays a year apart so you are Aquarians. Did you find that you have similar qualities right away on meeting each other?

Freddie Highmore: You know, we did get along right from the start which was really important to the role and it made the intimate moments quite easy because I got on with Emma so well. I don’t know if that’s because we are Aquarians or not.

Emma Roberts: Oh, I do. I love astrology and I think it’s true!

Freddie Highmore: There you go then. That’s the reason we bonded.

Freddie Highmore: Well, on the love side of George’s life I’d say, “Go for it!” That’s the best advice I’d give. Don’t just sit back and be a passive person growing up. It’s a fantastic time and you really need to become an active participant in it. If there’s a girl you like, go on and ask her out. If there is something you want to do with your life, take an active interest in it and go for it.

Emma Roberts: You have to figure out for yourself what you really want to do and when you decide that, then really commit yourself. That’s really important.