Amber Portwood’s estranged boyfriend, Gary Shirley, was the person who notified police of her suicide threats, according to the 911 call.

Amber Portwood’s baby daddy, Gary Shirley, knew something was wrong when he talked to the MTV reality star on Tuesday morning, so he called 911. 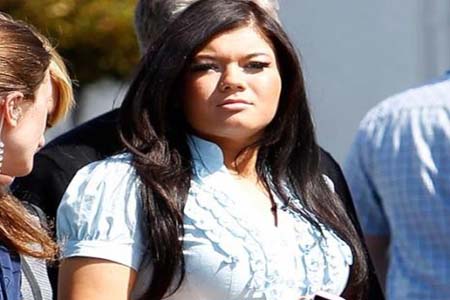 “I just spoke with my girlfriend and she had said something to me… said she’s having a hard time with her life,” he told dispatchers in an emergency call obtained by TMZ. “[She said], ‘Call the police, they can find my body in the garage.'”

“I’m calling you guys because I don’t want her to kill herself.”

Shirley seems oddly calm during the 911 call — almost like this is something he’s come to expect from the 21-year-old Portwood. Still, it was good that he called the police, because Portwood allegedly attempted suicide and was found in her home with a string around her neck and pills nearby.

As it turns out, the whole thing might be because of yet another fight between the felony-prone twosome.

“She said she was mad because he cheated on her, but he thinks that was just (an excuse) to pick a fight with him, because it happened two years ago,” a source told Life & Style. “She said she was so upset, she was going to kill herself.”

Portwood’s brother told E! News that the whole thing was over their daughter, Leah.

“Amber told us she had a panic attack last night after Gary began calling her names, telling her he was going to take Leah away from her,” Shawn Portwood said.

“He’s verbally abusive to her,” he added. “Our whole family thinks he’s the reason behind all of Amber’s problems. He’s constantly threatening to take Leah away.”

Oh, and Shirley wasn’t concerned enough to go to the hospital — he threw a backyard barbeque instead.

“[Shirley] had a cookout at his house last night (June 14) with a bunch of his good friends,” a source told RadarOnline. “Everyone agreed it’d been a crazy day and he just wanted to have a relaxing night with friends.”

All of this is hearsay at this point: All we know for sure is what Anderson, Indiana police said in their statement Tuesday afternoon.

“Late this morning (11:34 a.m.), Anderson police responded to a call at a residence in the 1300 block of Pleasant Meadow Drive. According to the caller, 21-year-old Amber L. Portwood was depressed and threatening to end her life. The victim, who did not appear to be injured, was transported to a local medical facility for further evaluation.”

Oh, we do know one other thing: Portwood needs some serious, serious mental help. Will MTV continue to exploit her problems? It’s likely — especially with another season of Teen Mom starting soon. Is her life worth it, though?

Do you think MTV should take Amber Portwood off Teen Mom?