There is one place Charlie Sheen is not winning: The courtroom. 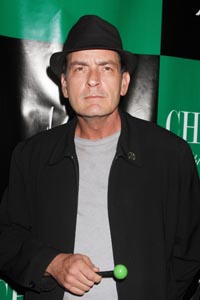 Charlie Sheen must not be sharing his tiger blood with his legal team. The actor suffered a legal setback in his $100 million lawsuit against Warner Bros. and Chuck Lorre.

Sheen wanted a public trial so he could air all kinds of dirty laundry about his enemies at Two and a Half Men, but the judge said his contract clearly stipulates any disagreements must go through arbitration, not the court system.

“The court made the appropriate ruling in denying Mr. Sheen’s request to stay the arbitration in referring his lawsuit against Warner Bros. and Chuck Lorre to arbitration as his contract calls for,” said attorney Howard Weitzman.

“This matter will now proceed in an orderly fashion as the parties agreed to.”

The presiding mediator has the power to decide if the arbitration proceedings will be public or private — but generally they are kept private.

Charlie Sheen claims he is owed $100 million after being fired from Two and a Half Men due to what’s called a “Michael J. Fox clause” in his contract, which stipulates he would continue to get paid as long as the show is on the air, even if he didn’t appear on screen. Warner Bros. claims that since they fired Sheen for a cause, he effectively nullified his contract.

Ashton Kutcher will replace Charlie Sheen on the next season of the CBS sitcom.